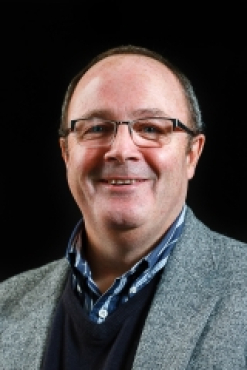 Postdoc in Music (and Philosophy)

I started out reading zoology and biochemistry at Swansea in the 1970s.  Academic life wasn't for me then so I became a police officer in the Metropolitan Police Service in London - which is where I stayed for the next 30 years, principally as a detective officer in south and central London, but with a number of postings at New Scotland Yard too.  I took my BA(hons) over a number of years with the Open University, with modules in mathematics, art history, philosophy and music.  After leaving the police I  took my MA(Mus) with the OU, with a dissertation entitled "The Mycelium as a Metaphor for the Metaphysical Meaning-Space of Music".

Will current and future developments in music’s interface with an exponential expansion of technology lead to a new musical aesthetic?

Music has been made by cyborgs since the time of the first drum and bone flute.  But from drumsticks and whistles, technology has arrived in the internet age where the microchip provides a ubiquitous interface between music and its makers and consumers.

The research question is important because it is already apparent that innovative musical practices, which exploit the altered interface between listener and artwork in new technological contexts, necessitate new cognitive modes.  The aesthetics of these practices, which are likely to become the common experience of near-future and trans-human societies, remains almost entirely un-theorised.  In offering a critique of existing ontologies this interdisciplinary research will address precisely this area, making it a timely project with wide relevance to artistic communities and practitioners.

By drawing philosophical conclusions from empirical ethnographic data, this research will address a significant gap in the current literature of contemporary and near-future musical aesthetics.

My research interests concern the philosophy of music, particularly the ontology of the musical 'work'. I favour a 'continental' approach to this topic and I am trying to construct a metaphysical meaning-space which leans heavily on the work of Derrida, Deleuze, DeLanda, Latour, Vitale, latterly a large pinch of Whitehead, and with a bit of my own, for good measure!