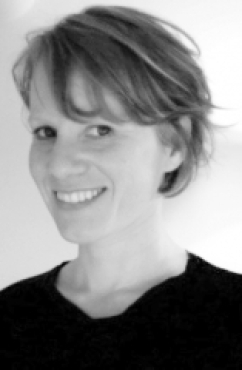 My recent research has been concerned with the sociology of prisons and punishment, and with low-security and women's prisons in particular. My doctoral research was an ethnographic study of coping and social support in two women's prisons in England and was concerned with themes of selfhood, the meanings imprisonment held for prisoners, and power and resistance. My subsequent work has built on this to explore micro-level power relations in prisons, and reflexivity and epistemology in ethnographic research. More recently, themes around gender, sexuality and deviance have become more important in my work. I am currently in the early stages of a research project exploring the experiences of gay, bisexual and queer-identified women either working or held as prisoners in the Criminal Justice System. Alongside this, with my colleague Dr Vickie Cooper and members of the Centre for Crime and Justice Studies (CCJS) and Women in Prison (WIP), I am collaborating on the development of a project examining the impact of imprisonment on women, their families and communities.

Mehigan, J. and Rowe, A. (2007) 'Problematizing prison privatization: an overview of the debate', in Y. Jewkes and J. Bennett (eds.) (2007) Handbook on Prisons, Cullompton: Willan

Rowe, A. (2007) Entry on 'Theories of Importation' in Y. Jewkes and J. Bennett (eds.) Dictionary of Prisons and Punishment, Cullompton: Willan

Rowe, A. (2007) Entry on 'Typologies of Prisoners' in Y. Jewkes and J. Bennett (eds.) Dictionary of Prisons and Punishment, Cullompton: Willan

Rowe, A. (2007) Entry on 'The Prison Economy' in Y. Jewkes and J. Bennett (eds.) Dictionary of Prisons and Punishment, Cullompton: Willan

Rowe, A. (2007) Entry on 'Bifurcation' in Y. Jewkes and J. Bennett (eds.) Dictionary of Prisons and Punishment, Cullompton: Willan

Rowe, A. (2007) Entry on 'Friendship' in Y. Jewkes and J. Bennett (eds.) Dictionary of Prisons and Punishment, Cullompton: Willan

Conference papers and other presentations

Rowe, A. (2012) 'Situating the Self in Prison Research: Identity, epistemology and power'. Paper delivered to the 'Resisting the Eclipse' symposium on prison ethnography, hosted by the International Centre for Comparative Criminological Research (ICCCR), The Open University, Milton Keynes, 18 September 2012.

Rowe, A. (2012) 'Looking for the "Prison Lesbian": Homosexuality and the (English) women's prison'. Paper delivered to the 'Articulating the personal and the public' Forum at the Centre for Citizenship, Identities and Governance (CCIG), The Open University, Milton Keynes, 31 May 2012.

Rowe, A. (2010) 'Negotiating the meanings of imprisonment: Selfhood, resistance and power in women's prison narratives'. Paper delivered to the British Society of Criminology Conference, Leicester, 14 July 2010.

I am Chair of the Level 2 social policy module Welfare, crime and society (DD208), on which I also taught for several years as an Associate Lecturer. I am also contributing to the development of a new Level 2 module Criminological Perspectives (DD212), which will form part of the University's forthcoming undergraduate degree in criminology.

I am interested in receiving applications from prospective research students wishing to conduct research using ethnographic methods, or to study any aspect of the sociology of imprisonment and punishment. I would particularly welcome proposals focusing on women's imprisonment, themes relating to gender, power and identity in prison settings, low-security and open prison conditions, or with themes of gender, sexuality and deviance.

Narratives of self and identity in women's prisons: stigma and the struggle for self-definition in penal regimes (2011-12)
Rowe, Abigail
Punishment and Society, 13(5) (pp. 571-591)