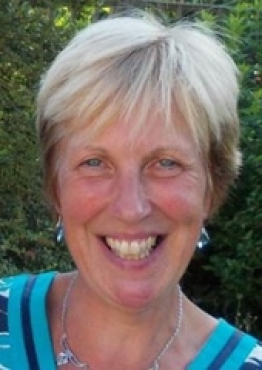 I have been an Associate Lecturer with The Open University since 2008, following the completion of my PhD, also undertaken with the OU.  I currently tutor on AA100: The Arts Past and Present and on A105: Voices, Texts and Material Culture as well as serving as Associate Lecturer Representative on the FASS Board of Studies. Recently, I worked as academic consultant on the OU/BBC series The Ascent of Woman: A 10,000 year story, presented by Dr Amanda Foreman and broadcast in late 2015.  Other teaching experience has been at the University of Kent at Medway where I taught the history of crime and of policing for five years.  I am a member of the steering committee of the Women’s History Network and am lead editor of the network’s journal Women’s History.

My PhD research focused on the history of prostitution in nineteenth-century Kent, reflecting a general interest in constructions and perceptions of

women’s deviancy. I am interested in exploring the potential tensions between feminism and the agency of women at the margins, together with the local dimensions of questions more often examined from a top-down perspective.  In 2013 I collaborated with Dr. Anne Logan of the University of Kent on a locally-focussed, AHRC-funded research project called Inspiring Women which uncovered the suffragist activities of women in Kent and Sussex and their experience during the First World War.  More recently I have been researching the ‘war baby’ moral panic of 1914/15.

‘Quietly and without parade’: Women patrollers in South-East England during the First World War’ in Women’s History (2015)

July 2014:  ‘Quietly and without parade’: Women patrollers in Kent during the First World War at83rd Anglo-American Conference of Historians, The Great War at Home: Institute of Historical Research, University of London

September 2012: ‘Every appearance of dissipation in her countenance’: Exploring the stereotypes in newspaper court columns: a comparison of Kent and Dundee 1855-1890 (jointly with Dr. Suki Haider, University of St. Andrews) at British Crime Historians Symposium, The Open University, Milton Keynes

March 2010: ‘”Behind the timbers with a sailor”: Reassessing interpretations of the Contagious Diseases Acts (1864-69)’ atSocial History Society Annual Conference, Glasgow

April 2007: ‘She being a common prostitute’: Policing Street Prostitution in Kent, 1860-1880  at Social History Society Annual Conference, University of Exeter