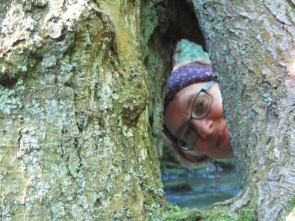 Having studied English Literature and Language at London University for her first degree, Hannah Hunt added Theology to her portfolio as a mature student, gaining an MA and PhD in Theology at the University of Leeds, and more recently an MA in Creative Writing from Leeds Trinity University. For 16 years she taught Theology and Religious Studies in Leeds Trinity University, becoming a Reader in Eastern Christianity. Simulataneously she has worked for the OU as an Associate Lecturer teaching across Arts and Humanities modules, and as Arts Faculty Manager in Leeds, and as Honorary Research Associate. She has attended international conferences on the early church, patristics and eastern christian spirituality in Moscow, Jersualem, New York, Boston, Kerala, Toronto, Paris, Vienna, Iash, and British cities. She now enjoys a varied portfolio as teacher, scholar, poet, editor, curator and facilitator of literary events, and is editor of Dreamcatcher journal.

She has published extensively in her poet name of Hannah Stone in addition to academic publications, including three collaborations with other women poets focusing on the experience and perception of women from a feminist perspective. Having completed a year's residency as poet-theologian in Virtual Residence for Leeds Church Institute in March 2021, reflecting on the impact of the pandemic on the communities of Leeds via the medium of poetry (which yielded her latest book, Reflections), she was appointed as poet in residence for the Council of Christians and Jews, working on a project called Transforming Intolerance. This project (funded by St Ethelburga's Centre for Reconcilation and Peace) entails working with students to explore, through poetry, the intersection between faith and protected charactistics such as gender, gender identity, disability, mental health, race, and sexuality. She enjoys hill walking, working her allotment, choral singing, encouraging sustainable ways of living especially to do with food production. She is currently fostering young hedgehogs, volunteers on a community farm, and is a Red Cross trained covid vaccinator.

2012 Cahiers Victoriens et Édouardiens 75(April 2012) (Société Française d’Études Victoriennes et Édwardiennes). ‘Eternal city or the stuff of nightmares? The characterisation of Rome in Portrait of a Lady and Middlemarch.’pp.187-198. ISBN 978-2-84269 - 1

2014 A Companion to St. Symeon the New Theologian (Wipf and Stock, Cascade Series).

2018 'Religion and the Body: Asceticism', in A Companion to Religion in Late  Antiquity, ed.s Josef Lossl and Nicholas J Baker-Brian, WIley Blackwell, pp.475-492.

‘The tears of the Sinful Woman: A theology of Redemption’, in Hugoye (on-line journal) March 1998

‘The Concept of Penitent Weeping in the Psalms of David’, St Ephrem Theological Journal, Spring 1999, pp. 172-6.

‘Report of the St Ephraim Conference, 17/18 December 1997’, in British Association for the Study of Religions Bulletin, March 1998

Review of ‘In the Heart of the Desert: the spirituality of the Desert Fathers and Mothers’, (John Chryssavgis) in Sobornost 25.2 (2003)

Review of ‘Letters from the Desert: Barsanuphius and John’ (John Chryssavgis (tr)) in Sobornost 26.1 (2004)

Review of ‘God with Us: critical issues in Christian life and thought’ (John Breck) in

Review of Writing and Holiness: The Practice of Authorship in the Early Christian East (Derek Krueger, University of Pennsylvania Press, 2004)

Review of The Sex Lives of the Saints: an erotics of Ancient Hagiography (Virginia Burrus, University of Pennsylvania Press, 2004), in Journal of the History of Sexuality, vol 14, nos1/2January/April 2005

Holding up Half the Sky (with Rosemary Mitchell) (Indigo Dreams Publishing, 2019)

The desert fathers and mothers

The body and asceticism in the early Syrian Church

Mid-Byzantine Church-state relations, especially with regard to St Symeon the New Theologian