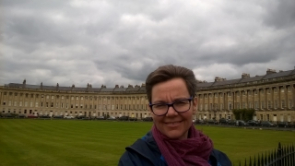 I have worked as an Associate Lecturer with the Open University (2003-2020), tutoring on many modules including AA100 The Arts Past and Present, A111 Discovering the Arts and Humanities, A225 The British Isles and the Modern World, 1789-1914, and A219 Exploring the Classical World. I have also worked as a Senior Faculty Manager within the Faculty of Arts and Social Sciences at the Open University. I am a longstanding Fellow of the Higher Education Academy.

Previously, I worked as Lecturer in Scandinavian Studies at the University of Hull (1997-2003), where I was responsible for developing and teaching a number of undergraduate modules on the Viking Age in the British Isles and Scandinavia, runes and runic inscriptions, and Scandinavian history across the medieval and modern periods. I was also a member of the interdisciplinary Centre for Medieval Studies.

I have degrees in both History and Archaeology, and I obtained my PhD, Scandinavian Runic Inscriptions: Their Historical Context, from the University of Nottingham in 1996 (published under the same title by Tapir, Trondheim, as volume four in the Senter for middelalderstudier series). I have also spent time researching Viking-Age and medieval runic inscriptions at the Universities of Gothenburg and Uppsala (in Sweden) and Trondheim (in Norway).

Publications include The Northern Conquest and Historical Dictionary of the Vikings.

I am particularly interested in interdisciplinary approaches to the history of early medieval Britain and Scandinavia, especially the impact of Scandinavian settlement on the British Isles and the evidence provided by runic inscriptions for early medieval society and culture in northern Europe. A long-standing interest of mine is the continued contact betweeen Britain and Scandinavia in the period after 1066, as well as the legacy of Viking settlement in those regions that were affected by it. Other interests include place-names, epigraphy - particularly changing customs of commemoration from the medieval to the Victorian periods in the British Isles - and Scandinavian culture and history in general.

Recently, I've contributed blogs to the Centre for the Study of the Viking Age's Virtual Museum on the East Midlands: 'Watling Street, the Danelaw, and the East Midlands' and 'Everyday Writing in Runes in Lincoln'. I've also written a short article on the legacy of the Hanseatic League in northern Europe and a review of Tiina Nunnally's translation of Asbjørnsen and Moe's Norwegian Folktales in CoScan Magazine 2019/2. My review of M. P. Barnes's The Runic Inscriptions of the Isle of Man will be published in Isle of Man Studies, 2020.

I am a member of the editorial board for the Confederation of Scandinavian Societies' CoScan Magazine (https://www.coscan.org.uk/magazine/). Previous collaboration includes: consultant to Viking Heritage newsletter 1999-2003; council member of the Viking Society for Northern Research 1998-2001; 2002-2005; contributor to the International Medieval Bibliography 1996-1999.