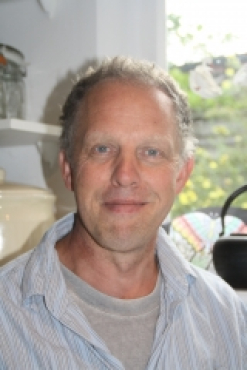 Associate lecturer at FASS and STEM.

Since moving to the UK in 2006, Ole's research interests have focused on diversity, inter-group relations and socio-cultural dynamics in urban neighbourhoods. His first project, exploring community relations over a 50 year period in urban Surrey, was based on residential, ethnographic field work in 'his' own neighbourhood. While employed from 2011-15 at the Centre on Migration, Policy and Society (COMPAS) at the University of Oxford, Ole led fieldwork on different aspects of integration, with particular focus on emerging forms of superdiversity in inner-city South London.

Most recently, Ole has completed a HLF-funded project addressing issues relating to football fan cultures, neighbourhood and belonging in South London. Based on the collection and analysis of oral histories from in particular black Millwall fans, the project explored how 'doing' football' - as in playing, watching, talking about -  constitutes a social field that cuts across otherwise racially coded urban landscapes.

Jensen, O. (2019) Neighbourhood and community, article for Encyclopaedia in Human Geography 2019 (in press).

‘No One Likes Us’: Football, Identity, and Belonging in Post-Industrial London (2022)
Jensen, Ole
The London Journal ((Early Access))