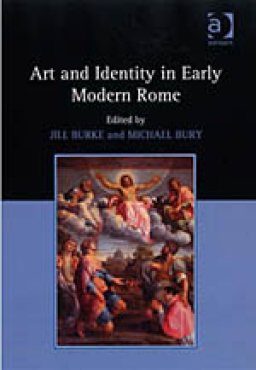 I joined the Art History Department at the Open University in October 2008 for two years as a Leverhulme Early Career Fellow. My previous post was as the Rubinstein Fellow of the Society for Renaissance Studies and I have a Ph.D. from the University of Cambridge.

As a Leverhulme Fellow my project is entitled ‘Art and Politics in Ibero Italian Networks 1516-1598'. This involves an investigation of the phenomenon and growth of cultural interchange and transmission between Italy and Spain during the course of the Sixteenth Century. The award fits within a broader Renaissance strategy that is intended to raise the profile of the Department. Intended outcomes therefore include a set of papers arising from a forthcoming workshop and a book. In April 2009 I was elected as the Open University Representative on the Council of the Society for Renaissance Studies until 2012.

My own research interests are diverse and have previously been concerned with art and architecture at Rome during the period traditionally referred to as the ‘High Renaissance'. I am completing a book that will discuss the previously neglected Roman career of Sebastiano del Piombo and in particular the importance to his career of patrons from outside the city. As a result I have now become interested in discovering how Italian works of art were diffused throughout Europe in the sixteenth-century, with particular attention given to patterns of cultural interchange with Spain. My research concerns not only artists and works of art from Italy that came to Spain but also Spanish artists and works of art that were indirectly influenced by Italy.

‘The Bishop and the Artist: the quest for patronage in High Renaissance Rome', in Art and Identity in Early Modern Rome, ed. Jill Burke and Michael Bury, Ashgate, May 2008

‘A portrait of Cardinal Pompeo Colonna: the rival and imitator of the Medicean Caesars', in Papers of the British School at Rome, 76, 2008, pp.741-42

Sebastiano del Piombo between Italy and Spain, publisher still to be confirmed

Recent Conference and Research Papers include

February 2010 The cloister life of the Emperor Charles V: art and ideology at Yuste. Paper delivered at the Graduate Seminar, History of Art Department, University of Cambridge

December 2009 Suae Maiestati quam commendatissum: the sixteenth-century Colonna cardinals and Spain. Paper delivered to the members of the Requiem Projekt at the Humboldt University, Berlin

May 2009 Beyond Rome: Sebastiano del Piombo as a Painter of Diplomatic Gifts. Paper delivered at the University of Pisa, Italy

December 2008 The cloister life of the Emperor Charles V: art and ideology at Yuste. Paper delivered at the Reformation Institute Seminar, University of St Andrews

July 2008 Evidence for Possession of Libraries as a means of exploring the plurality of Spanish Identities at Rome before the Sack. Paper delivered at the ‘Evidence of Reading. Reading the Evidence' Conference, Institute of English Studies, University of London

July 2008 Spain's only Michelangelo (?): the Christ on the Cross at Logroño. Paper delivered at the Society for Renaissance Studies National Conference 2008, Trinity College Dublin.

April 2005 The idiosyncratic model of Sebastiano del Piombo. Paper delivered at the panel Workshop and Showroom in High Renaissance Rome, annual Conference of the Renaissance Society of America, University of Cambridge

8-10 April 2010 Nostro Sebastiano Pittore: Sebastiano del Piombo and the Venetian Community at Rome. Paper to be be delivered at the panel Agents, Brokers, and Intermediaries: the circulation of art works in the early modern period (1500-1650), annual conference of the Renaissance Society of America, Venice.

15-17 April 2010 ‘A stupendous Picture': a discussion of the sources for the art of Morales and Ribalta and the British Response. Paper to be delivered at the session Insular Preconceptions? The arts of Iberia and Latin America and their reputation in Britain, annual conference of the Association of Art Historians, Glasgow University

6-18 July 2010 Paper to be delivered at a panel entitled Outside Venice: Marketing Beyond the Renaissance City at the Society for Renaissance Studies national conference 2010, University of York

November 2009 Grant received from the Society for Renaissance Studies to fund postgraduate bursaries for the Roman Questions workshop at Dulwich that I organised on December 12 2009.

April 2009 With two colleagues I received a grant of monies donated to the Open University by Banco Santander to be used for research on topics related to Spain. This money was used to fund a two week research trip in September 2009.

November 2008 Awarded fellowship at the Istituto Universitario Olandese di Storia dell'Arte, Florence taken up in May 2009

Sebastianello Nostro Venetiano: the career of Sebastiano del Piombo and the concept of a 'court artist' in renaissance Rome (2011-06)
Baker-Bates, P. A.
The Court Historian - The International Journal of Court Studies, 16(1) (pp. 7-23)