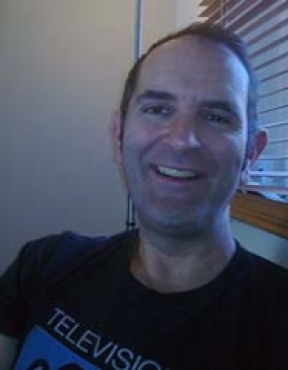 I was introduced to the proper activities of education and philosophy some years ago as a student here at Open University, an experience from which, happily, I’ve never fully recovered.  There I completed my first degree in Humanities with Philosophy before moving to full time study at the University of Sheffield, where I completed a Masters then a PhD in philosophy. After that and before returning to the OU in 2013, I was a research fellow at the University of Birmingham and a lecturer at Sheffield.

I wrote my doctoral thesis on contemporary political problems for neo-Aristotelian virtue ethics, and have since been able to develop some of its themes through the intertwining strands of social and moral philosophy and applied ethics. I’ve a continuing interest in the ethical dimensions of social roles and of the ways that institutions do and should define these roles, and in a growing body of literature on the virtues (and vices) of social collectives. Currently Alex Barber and I are working on an edited collection of fifteen papers  The Ethics of Social Roles for Oxford University Press. This comprises work developed in our AHRC funded  Role Ethics Network (2016-18), in which we brought together scholars and practitioners from around the world and across the disciplines of philosophy, political theory and social sciences for a series of workshops and a project conference.

Jo Morrison: ' The Ethics of Anti-doping Practice and Policy in Sport'

Publications
Articles and Chapters
'Role Ethics and the Functions of Institutions', Forthcoming in Barber, A and Cordell, S. (eds.).The Ethics of Social Roles. Forthcoming (2022). Oxford University Press.
With Jon Pike: 'Armstrong was a Cheat: A Reply to Eric Moore',  Sport, Ethics and Philosophy, 2019, 14: 247-263.
'Can there Be an Ethics for Institutional Agents?' in Kendy M. Hess, Violetta Igneski and Tracy Isaacs (eds), Collectivity. Rowman and Littlefield, 2018.
'Group Virtues: No Great Leap Foward with Collectivism', Res Publica, 2017, 23: 43-59.
‘Virtuous Persons and Social Roles’, Journal of Social Philosophy, 2011, 42: 254-273.
(See a response from Stephen Holland in part of ‘Furthering the Sceptical Case against Virtue Ethics’, Nursing Ethics, 2013, 13: 266–275).
'The Biobank as Ethical Subject’, Health Care Analysis, 2011, 18: 282-194
With Kenneth McLaughlin: ‘Doing What’s Best, but Best for Whom? Ethics and the Mental Health Social Worker’, in Malcom Carey (ed.), Practical Social Work Ethics: Complex Dilemmas within Applied Social Care. Ashgate, 2013.
With Heather Widdows: ‘The Ethics of Biobanking: Key Issues and Controversies’ , Health Care Analysis, 2011, 18: 282-194.
‘Why Communities and Their Goods Matter: Illustrated with the Example of Biobanks’, Public Health Ethics, 2011, 4: 14-25.
‘Constructing Effective Ethical Frameworks for Biobanking’, Dilemata: International Journal of Applied Ethics, 2010, 4: 15-31.
With Heather Widdows, Florence Bellivier and Christine Noiville: ‘Lost Property? Legal Compensation for Destroyed Sperm: A Reflection and Comparison Drawing On UK and French Perspectives’, Journal of Medical Ethics, 2011, 37: 747-751.
Book Reviews
Unfit for the Future: The Need for Moral Enhancement, by Ingmar Persson and Julian Savulescu, in The Philosophical Quarterly, 2014, 64 (255): 330-332.
Aristotelian Philosophy: Ethics and Politics from Aristotle to MacIntyre, by Kelvin Knight, in Journal of Moral Philosophy, 2009, 6: 137-139.

Currently I am on the module presentation teams for A222 Exploring Philosophy and for A853 and A854 parts 1 and 2 of the Philosophy MA. For the latter I wrote part of A853's section on Global Justice and for A854 the block on the political and moral problem of 'dirty hands'. I am currently on the production team for a forthcoming Philosophy module DA233 Investigating Philosophy, and have tuition responsibilities for DD103 Investigating the Social World.

Why communities and their goods matter: illustrated with the example of biobanks (2011-04)
Cordell, Sean and Widdows, Heather
Public Health Ethics, 4(1) (pp. 14-25)