The Round Table on Conspiracy Thinking and Conspiracy Theories discusses the interlinkages between conspiracy theories and extremism from perspectives of media studies, international relations and religious studies.

Find out more about the conference via the University of Helsinki website. 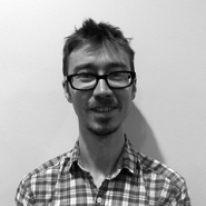 David G. Robertson will be joining as a participate, at The Nordic Conference on Violent Extremism.
His work applies critical theory to the study of alternative and emerging religions, "conspiracy theory" narratives and the disciplinary history of the study of religions, with a particular interest in claims of special knowledge. He is the author of UFOs, the New Age and Conspiracy Theories (Bloomsbury, 2016) and co-editor of After World Religions: Reconstructing Religious Studies (Equinox, 2016) and the Handbook of Conspiracy Theories and Contemporary Religion (Brill, 2018).