BBC TWO's FASS night, 7 April: ‘Secrets of the Museum’ and ‘Art That Made Us’ 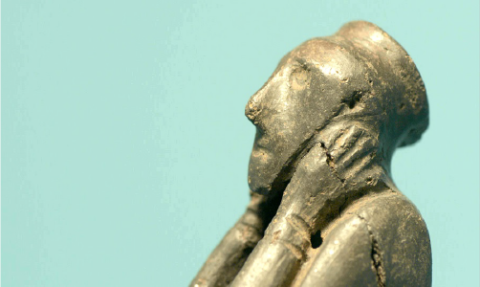 OU/BBC co-productions supported by Faculty of Arts and Social Sciences academics dominate the evening schedule of 7 April on BBCTWO with two new series Secrets of the Museum and Art That Made Us.

The third series of popular The Secrets of the Museum will be shown weekly in six parts from 20:00. Going behind the scenes at the V&A, in the first episode, preparations for a major new exhibition on Beatrix Potter and the natural world; comedic magician Tommy Cooper’s magic trick prop; and one of the museum’s newest acquisitions - an eight foot tall painting by African-American artist Kehinde Wiley.

At 21:00, ground-breaking new series Art That Made Us brings an alternative 1500 year history of the British Isles told through art.

Beginning with the battles after the Romans left, the series focuses on art that emerged at times of crisis and turbulence - the creative renewal following the Black Death; the religious upheavals of the Reformation; the Civil Wars that raged across the kingdoms in the 17th century; the Georgian era’s consumer boom and growth of a new conscience about slavery; the explosive growth of the city during the 19th century; the depths of war in the early 20th century; and the exhilarating expansion of culture, youth, sex and rebellion since the 1960s.

Further details of both series, Secrets of the Museum and Art That Made Us, with extra content including animations, and of our academic experts who advised for the series, can be found via Broadcast and Partnerships.