Does Veganism as a ‘lifestyle’ detract from the original intention? 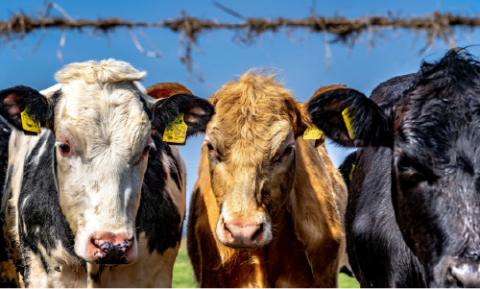 There are around two million vegans in the UK, a number that is rapidly growing. With increasing focus on the environmental benefits of a vegan diet, is the movement at risk of losing sight of its core values? This Veganuary, we asked Dr Matthew Cole, to cast new light on an often controversial subject.

Once a marginalised or derided social movement, in the last few years veganism has become a highly visible and commonly recognised aspect of contemporary society. In many ways, it’s an exciting time to be a vegan and witness all these changes. In recent years, major supermarkets and restaurant chains have not only carried a growing range of Vegan Trademarked products but also expanded their own vegan ranges and improved in-house vegan labelling and consumer information.

Alongside this increased visibility is growing awareness of the part that veganism can play in reducing the environmental harms caused by livestock farming. These harms include greenhouse gas emissions that contribute significantly to the climate crisis, as well as deforestation and the squandering of land and freshwater resources.

This growing visibility and acceptability of vegan suitable products has made everyday life for vegans much more convenient. But it has arguably come at the expense of the founding motivations of the vegan movement. That is, to seek compassion and justice for nonhuman animals, by challenging, resisting, and ultimately ending their exploitation by humans. Veganism is underpinned by a commitment to anti-speciesism. Anti-speciesism means challenging the widely held assumption that human interests are always more important than those of any other species. But you may be surprised to hear that the advancement of veganism isn’t yet automatically helping nonhuman animals.

Sociological research of mainstream media coverage of veganism finds that it is often framed as merely a lifestyle movement – just one consumer option among others. That framing dilutes the radical roots of veganism and separates it from concern for nonhuman animals.

What matters is to find alternatives to the ways in which nonhuman animals are exploited, so that they are not subjected to the injustices of being confined and killed to provide food and other products.

With that starting point, environmental benefits, such as reduced greenhouse gas emissions and the preservation of forests and fresh water, become additional dividends that undoubtedly benefit humans, but also the other animals who share the planet with us.

This article is an abridged version of Veganism and the Environment from page 44 of the 2022-23 SSGS Magazine, available to read in full – free – on our website.

To learn more about how veganism relates to antispeciesism and mitigating environmental harms, take a look at the free OpenLearn course Why are nonhuman animals victims of harm?

The Rise of Critical Animal Studies by Matthew Cole, focusing on the 'The greatest cause on earth' chapter.

Cole, M. and Morgan, K. (2011) 'Vegaphobia: derogatory discourses of veganism and the reproduction of speciesism in UK national newspapers' The British Journal of Sociology, 61.