The latest significant step in the UK’s development agenda 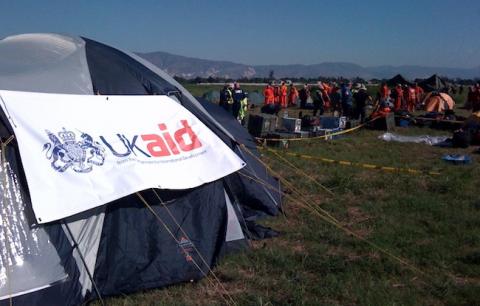 The merger of the UK’s Department for International Development into the Foreign and Commonwealth Office reflects a narrow nationalist agenda that stands opposed to the global upheaval against racism and the colonial past, argue Susan Newman and Sara Stevano.

Johnson’s announcement on 16 June that Department for International Development (DfID) would be merged into the Foreign and Commonwealth Office (FCO) has been met with criticism and condemnation from aid charities, NGOs and humanitarian organisations. By institutionally tying aid to UK foreign policy objectives, the merger would shift humanitarian aid away from the immediate needs for relief and longer-term development.

This latest move to merge the departments should be seen as the latest, and a very significant, step in the restructuring and redefinition of British Official Development Assistance (ODA) to serve the interests of British capital investment abroad, that has been taking place over the last decade. These developments need to be considered within a wider shift in development policy that has been shaped by the demand for new assets by investors in the global North in the context of a global savings glut that has grown out of economic slowdown.