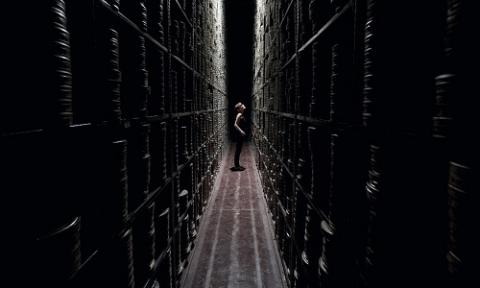 The Open University (OU) and British Film Institute (BFI) have announced a new partnership, with three stand-alone short courses aimed at those with a keen interest in film and the media. Two courses - Media, Politics and Society   and Reading the screen: an introduction to the art of film - launch in October 2021, while the third - A Story of Documentary Film – begins in May 2022.  All three courses have been produced collaboratively between the OU and the BFI.

Chaired respectively by Dr Donna Smith (Politics) and Dr Jessica Davies (English and Creative Writing), the courses involved academics from multiple disciplines. The courses, each lasting six weeks, are designed to encourage a worldwide audience to engage in flexible learning with regular activities and debate, enriched by audio and video content from the BFI, and will be presented and taught through the OU’s platforms. UK-based students will have three month’s free access to the BFI Player, the BFI’s video on-demand streaming service.

The BFI is the UK’s lead organisation for film, and is home to one of the world’s largest and most important film and television archives, and the partnership draws on the strengths and expertise of both organisations. Through the partnership, the three courses bring the BFI National Archive’s most significant treasures, including the earliest films made in the UK, to a new generation of learners, with a broad range of film and moving imagery drawn from the national collection represented in each course.

Prof Ian Fribbance, Executive Dean of the Faculty of Arts & Social Sciences, said “We’re delighted to forge this fantastic collaboration with the BFI to enable greater public understanding of the world of film, TV and documentary for a wide and international audience. Bringing the OU’s famous world-leading online teaching methods together with BFI’s renowned film expertise and world-class resources will prove to be a great benefit to everyone interested in film, and complements the efforts of both organisations to sustain and support the UK’s vital creative industries.”

Leigh Adams, BFI Director of Education and Learning, said: “Thirty years ago the BFI and the OU worked together on a hugely influential set of materials and courses concerning film and media; we are delighted that through this new agreement we are able to renew our collaboration, bringing new generations of learners to enjoy and explore the world’s richest moving image archive.  The world has moved on since 1990, but some of the questions and issues – around truth and falsehood, representation, the magic of storytelling – are still current.  We hope this collaboration will renew and reinvigorate the study of this amazing medium.”

Media, Politics and Society enhances learners’ understanding of the relationships between, and the impact of, the media, politics and society. Exploring key themes of propaganda, moral panic, fake news, media and memory through an introduction to media theory, learners will better understand the key cultural and political dynamics that impact everyday life via the media. Dr Smith said it is “more relevant than ever, at a time of fake news, propaganda, and widespread discussion about the relationship between politicians and the media. This is a chance for people to find out how the media works, the impact it has, and their place in the media/politics dynamic.”

Reading the screen: an Introduction to the art of film explores a range of films – short, global, experimental and animated – to consider the moving image from an exciting range of perspectives: how filmmakers hide and reveal content using onscreen and offscreen space; how place and time fulfil crucial roles in the language of film; and how filmmakers balance reality and fiction when creating their stories.

Registration for both courses closes on 16 September, with courses beginning in October.