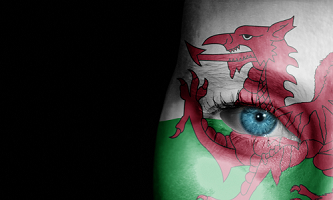 While this year’s Six Nations Rugby tournament may be rather quieter than usual thanks to the ongoing restrictions related to the COVID-19 pandemic, St David’s Day is always an occasion when ideas about Welsh musicality get repeated. The sporting crowd is one of the key pillars supporting the idea of Wales as the ‘land of song’, and, a global pandemic notwithstanding, remains a vibrant tradition while the influence of other historically significant institutions such as nonconformist chapels and male voice choirs have waned somewhat.

Three OU Music academics, Emeritus Professor Trevor Herbert and Drs Helen Barlow and Martin Clarke are currently co-editing The Cambridge History of Welsh Music, which will be the first major academic study of Welsh music history. Drawing together the work of twelve leading scholars, it will examine Welsh music and musical life from the earliest medieval sources through to the ‘Cool Cymru’ phenomenon and twenty-first-century Wales’ reputation as a centre for creative media production.

Helen Barlow and Martin Clarke are co-authoring a chapter that examines the role of the crowd in perceptions of Welsh musical identity. It traces the origins of singing the Welsh national anthem at rugby internationals back to the famous 1905 victory over the touring All Blacks as well as exploring more recent practice, including consideration of the ways in which social media was used to encourage the singing of Welsh football supporters at the Euro 2016 championships. It highlights the influence of Wales’ religious heritage, the symbolic importance of the Welsh language, and the ways in which Welsh institutions have sought to perpetuate the tradition.

The rich history of congregational singing in Welsh nonconformist chapels dates from the eighteenth century and was a central part of the many religious revivals that took place in the country, most famously in 1904-05. The repertoire of the rugby and football crowds still draws on this heritage, through hymns such as ‘Guide me, O thou great Jehovah’ (‘Bread of heaven’) and ‘Calon Lân’. While many Welsh chapels have closed in recent decades, the stadium still provides a setting for Welsh crowds to connect themselves to that musical heritage through their passionate singing.

Similarly, while only around 30% of the country’s population is Welsh speaking, the use of the Welsh language in the national anthem and popular hymns such as ‘Calon Lân’ is of central importance. At once, it serves as a marker of distinctiveness, most obviously against Wales’ nearest neighbours in England, but also as a way of expressing affinity with Welsh history and heritage – ensuring that ‘heniaith y Cymry’ (‘the old language of the Welsh people’), as the anthem puts it, will prevail. The Football Association of Wales’ #TogetherStronger Euro 2016 campaign harnessed the power of social media to unite Welsh supporters as football emerged from rugby’s shadow. The passionate singing of the Welsh supporters in France drew much comment in the media, while the players’ impassioned singing of the anthem bore witness to the way in which music ensure the success of the #TogetherStronger brand.

Musicality remains a central element of ideas about Welsh identity both within and beyond Wales. The singing of the crowd is one of the most recognisable expressions of this, yet it is also a practice that shows how Welsh history and heritage have been adapted and reimagined to suit contemporary contexts.

Interested in learning Welsh? Dip your toe in with Croeso: Beginner’s Welsh.

Want to delve a little deeper?

Dr Helen Barlow - ‘Praise the Lord! We are a musical nation’: the Welsh working classes and religious singing: https://oro.open.ac.uk/67492/