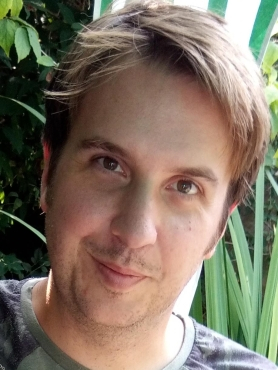 I started at the Open University in 2019, having previously worked at the universities of Southampton, Oxford, St Andrews and Antwerp.

I received my PhD in 2011 from Birkbeck, University of London. My thesis was at the intersection of aesthetics, social epistemology and philosophy of mind, and concerned the epistemic status of pictorial representation; in short: how we learn about the world through pictures, as opposed to first-hand (via direct perception) or at second-hand (via the words of other people). My PhD was supported by the inaugural British Society of Aesthetics PhD Studentship and a Royal Institute of Philosophy Jacobsen Fellowship.

Following my PhD, my research has moved into the philosophies of mind, perception, psychology and psychiatry. I'm currently writing a book on mental imagery and most of my current research concerns the roles played by imagery in human cognition. Some representative publications in this area include:

From 2012-2021 I was Treasurer of the British Society of Aesthetics.

​I currently supervise PhD students in the philosophy of mind and history of philosophy. I have slim capacity to take on additional doctoral students, but would be happy to hear from potential applicants whose research directly alligns with my own.

I'm interested in all aspects of the workings of the mind, but find perception and mental imagery particularly fascinating. I've recently become interested in psychopathologies, especially depression and bipolar disorder, and the role that mental imagery has been found to play in their onset, maintenance and treatment. Other topics I've written about include:

My research on these topics is informed by work in psychology and neuroscience, in both experimental and clinical settings.

Aesthetics and Philosophy of Art

I'm interested in the nature of pictures, both their aesthetic and epistemic/informational value, and, distinctly, aesthetic judgment and appreciation. Following on from my PhD, I've written a great deal about photographic pictures, and some of that work shades into social epistemology. For instance, I am currently researching the nature of deepfakes and editing a special issue of Synthese on this. The call for papers is here.

Other topics I've written about include:

​In general, the more I do philosophy, the more I feel it important to work on topics of immediate social importance, like deepfakes and mental illness, and value the perspectives of other disciplines when tackling such issues.

I've also written a couple of things outside of these areas, in philosophy of religion and mainstream epistemology.

I am currently writing teaching materials on global justice for DD113 Global Challenges: Social Science in Action (due to go live Oct 2023) and a book on the philosophy and mind and self for DA223, replacement for our current flagship level-2 module A222: Exploring Philosophy (due to go live Oct 2024). I give guest lectures on consciousness and emotions for MA students and run forum activities on collective knowledge for students of A333: Key Questions in Philosophy.

Dan has featured on BBC News Channel programme Click where he was interviewed on the malicious use of fabricated, photorealistic images. He has also given public talks at art galleries and written for various blogs.