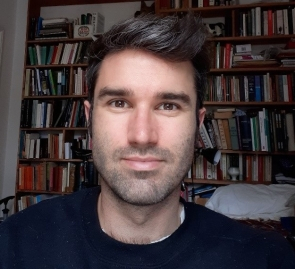 I studied Ancient History and Classics at Durham University, followed by a Masters and DPhil in Classical Archaeology at the University of Oxford. From 2013-18, I was part of the Empires of Faith project, based jointly at the University of Oxford and the British Museum, working on the 2017-18 exhibition, 'Imagining the Divine: Art and the Rise of World Religions' hosted by the Ashmolean Museum, Oxford. Since 2018 I have been an Assistant Director of the joint Oxford-Messina archaeological excavations at Halaesa, Sicily under the direction of Prof. Jonathan Prag (Oxford) and Prof. Lorenzo Campagna (Messina).

Before taking up my current research post at the Open University, I taught a variety of classical archaeology and ancient history courses, and was a Departmental Lecturer in Roman History at the University of Oxford, and Lecturer in Classics at King's College London. At the OU, I am working as part of the The Baron Thyssen Centre for the Study of Ancient Material Religion, looking at constructions of gods in the ancient world.

​My work focuses on the study of the ancient world, in particular religion, through the visual and material record. I am interested in how people communicate through 'stuff' and in turn, how this effects how people live, think and interact with each other. This raises a lot of questions about how we analyse material culture and how we, in turn, communicate what we find.

Since my undergraduate, I have had a strong interest in the Near East (Turkey, Syria, Lebanon, Jordan, Israel/Palestine) from the late Hellenistic period into Late Antiquity, and in ancient religion. My doctoral thesis, 'Making Gods, Moving Gods Material and Textual Propositions of the Divine from first century BC Commagene to the Roman Empire in the third century AD,' was a study of the ways in which the divine were objectified in the ancient Mediterranean, and the importance of objectification for our understanding of ancient religion. I am currently working on an extension of this project that looks at iterations of Jupiter / Zeus in the Late Hellenistic and Roman Imperial periods.

I have also been working on Sicily in an archaeological capacity for several years, having carried out excavations at the Hellenistic and Roman site of Halaesa Arconidea.

I have taught a wide variety of classical archaeology and ancient history papers, from Greek vases to Roman coins, and Hellenistic history to the study of Sexuaity and Gender in the Ancient World. At the OU, I help to teach the Roman Empire coure (A340).

In the past, I've been involved with curating several exhibitions, including 'Imagining the Divine' at the Ashmolean Museum, Oxford, and a photography exhibition of modern religious spaces in Oxford.

I currently edit and contribute to a blog (Curation Space), discussing permanent and temporary exhibitions, galleries, gardens and everything in between.

Since 2018 I have been an Assistant Director of the joint Oxford-Messina archaeological excavations at Halaesa, Sicily under the direction of Prof. Jonathan Prag (University of Oxford) and Prof. Lorenzo Campagna (University of Messina).