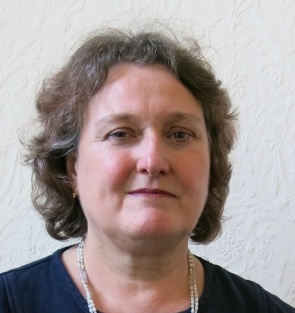 I obtained my PhD from the Courtauld Institute of Art in 2006, which was titled ‘Art, Artist, Patron, Community in Venetian Crete (1200-1450)’. Since 2004, I’ve taught on a range of art historical topics and themes from the classical to the global contemporary at the University of Kent, Birkbeck College, London, Birmingham University, Sotheby’s Institute of Art and The Open University. I am a Fellow of the Higher Education Academy. I have been an Associate Lecturer at the OU since 2014, teaching on the MA in Art History (A843/A844) and on Art and Its Global Histories (A344).

In 2008, I received the Konstantinos Leventis Research Fellowship at the OU to research Post-Byzantine art on Crete through a period of thriving artistic production in the capital Candia. The research was published as ‘Candia and Post-Byzantine Art in Late 15th Century Europe’ in Byzantine Art and Renaissance Europe edited by Angeliki Lymberopoulou and Rembrandt Duits, (Ashgate, 2013). Subsequently (2010–2014) I was the International Network Facilitator for the Leverhulme International Network project titled ‘Damned in Hell in Cretan Frescoes’, lead by Angeliki Lymberopoulou, involving collaboration with academics and HEIs in Germany, the USA, Greece and the UK. At the time this was the largest funding grant for such a project by the Leverhulme.

Since 2014, I have led a number of curriculum development projects at Sotheby’s Institute of Art and the OU. In 2016, I designed and developed an entirely online course for Sotheby’s Institute of Art, supporting students in obtaining their foundation academic skills in Art History for subsequent MA study. This has been running successfully ever since. I was involved in leading the module on Art History for an international collaborative MA in Art Business (2016 onwards) and I was also a member of the Academic Board at Sotheby’s (2016-2019). In 2016/17, I was lead editor of the Reader for the OU course ‘Art and Its Global Histories’ (A344) (Manchester University Press, 2017), writing the introduction and coordinating material with the our co-editors covering the themes of the course and leading the manuscript production and editing process. Subsequently, I also co-wrote the Glossary for the course in 2019.

A keen academic interest is enabling access to art history as a potentially transformative discipline across many communities in including A Level, Access, Undergraduate and Postgraduate. As part of this, I co-authored an accessible introduction to the discipline, Art History: The Basics (Routledge, 2008, 2nd edition 2021) and co-edited an anthology of critical essays,  Fifty Key Texts in Art History (2012). The first edition of Art History the Basics won a teaching award at the University of Kent. The 2nd edition contains recent research into developing theoretical frameworks in Art History on gender identity, globalisation, global contemporary art and postcolonial theory, including decoloniality, indigeneity, raciality and intersectionality.

I was appointed as a Staff Tutor in Art History in 2021 and have been involved in module development for Art History in the last year. I have also been pursuing a Coaching qualification, attending the ILM Coaching and Mentoring courses for Level 4 and 5. I am part of the Coaching initiative in the Faculty and have been providing coaching support for colleagues.

Prior to returning to university to study Art History at the Courtauld in 2000, I had a career in IT at the John Lewis Partnership, American Express and as a freelance consultant (1979–2000). I was a System Analyst involved in designing and developing systems to support John Lewis’s department store retail business. I was also a Senior Systems Analyst leading teams of developers supporting systems across all the department stores (1986–1995). I was contracted as a Project Manager specialist and a Data Architect for American Express (1995–1998). I also ran my own IT consulting business for two years providing a range of IT support and training.

My research interests developed out of my PhD thesis, which looked at cultural interaction in Crete in the 13th–15th centuries. Research on Crete has continued into the later 15th century, focusing on the island’s capital Candia and its trade and pilgrimage links with Europe and the Holy Land. This was becasue it was a key port and trading location in Venice’s maritime routes in the Eastern Mediterranean. This research continues and aims to produce a book titled The City of Candia: Cultural Encounters in the Maritime World of Venice which will explore the emergence of Candia in Venice’s global trade routes through analysis of the city’s diverse ethnic, social and cultural development. It is founded on evidence of the city’s churches in wills, contemporary lists and maps integrated into interconnected databases.

Building on this, my research has moved into analysing the methods and theories within Art History which address issues of cultural interactions and the contexts of diverse cultural identities. This draws on postcolonial and globalisation theory and most recently has involved researching developments and issues in art historical approaches to art from around the world covering cultures from indigenous peoples, challenges of local artistic expression, artistic agency and voice, culture formation and cultural exchange. This links directly to supporting research and curriculum initiatives which seek to progress and promote EDI and decolonising the curriculum.