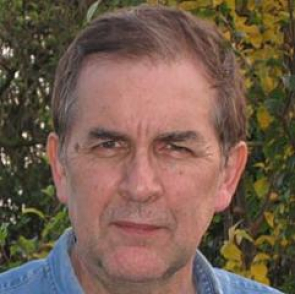 David Vincent was an undergraduate at the University of York and gained a PhD at Sidney Sussex College Cambridge.  He became Lecturer in History at Keele University in 1974, leaving as Professor of Social History and Deputy Vice Chancellor in 2003 to take up the post of Pro Vice Chancellor (Strategy and External Affairs) at the Open University.  He is a Fellow of the Royal Historical Society and the Royal Society of Arts.  Now Emeritus Professor in History, he was a full-time member of the History Department between 2010 and 2014. He was a Visiting Fellow of Kellogg College, Oxford 2004-11, and of Wolfson College, Cambridge, Michaelmas Term 2015.  He was a Visiting Fellow at the Centre for Research in the Arts, Social Sciences and Humanities (CRASSH), University of Cambridge, 2015-2017.  He is an Honorary Professor of History, Keele University, 2015-.

David Vincent’s research interests cover working-class autobiography, British and European Literacy, and the cultural and political histories of secrecy, privacy and solitude.  He is the author or editor of seventeen books including, Bread Knowledge and Freedom. A Study of Nineteenth Century Working Class Autobiography (Europa 1979, Methuen 1982);The Autobiography of the Working Class [with John Burnet and David Mayall], 3 vols (Harvester 1984, 1987, 1989); Literacy and Popular Culture.  England 1750-1914(Cambridge University Press 1989, 1993); The Culture of Secrecy: Britain 1832-1998 (Oxford University Press 1998); The Rise of Mass Literacy. Reading and Writing in Modern Europe (Polity Press, 2000).

His most recent books are: I hope I Don’t Intrude. Privacy and its Dilemmas in Nineteenth-Century Britain (Oxford University Press, 2015) and Privacy. A Short History (Polity Press, Cambridge, 2016).   His chapter on ‘Working Class Autobiography’ was published in Adam Smyth (ed.) A History of English Autobiography (Cambridge University Press, 2016) and a chapter on ‘Social Reform’ was published in The Oxford Handbook of Charles Dickens (Oxford University Press, 2018). He has in press ‘The Modern History of Literacy’ in The Oxford Handbook of the History of Education, edited by John L. Rury and Eileen H. Tamura (Oxford University Press) .  He has written on the historical context of the current controversies over government surveillance, including ‘Surveillance, Privacy and History’, History and Policy October 2013. Read this online, and has recently given papers on ‘Privacy and the Liberal State’ and on the draft Investigatory Powers Bill for the Technology and Democracy Project at CRASSH, Cambridge.

His next major book, Solitude. A History will be published by Polity Press in 2019.

He has written two units for the third-level module on twentieth-century history, A327, Europe 1914-1989: war, peace, modernity.  These cover the media in the Second World War, and cold-war cultures.