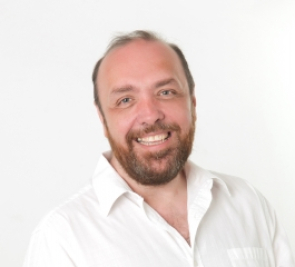 David Scott has worked at The Open University since September 2016. He has been a visiting scholar at a number of Universities around the world (including in Italy, USA, New Zealand) and was recently a Visiting Professor at the University of Toronto, Canada.

Who's who? Dr David Scott

David gained an MA (with distinction) in Crime, Deviance and Social Policy from Lancaster University in 1996 and was awarded a doctorate in 2006 under the supervision of Professor Barbara Hudson from the University of Central Lancashire.

He is the founder of the 'Weavees Uprising Bicentennial Committee' which is working towards collective remembrance of the 1826 Chatterton Massacre and other avoidable and premature deaths in east Lancashire during the 1826-7 economic recession.

His books include Against Imprisonment (Waterside Press, 2018), Controversial Issues in Prisons (Open University Press, 2010) and Why Prison? (Cambridge University Press, 2013).  David is, with Michael Coyle, co-editor of the International Handbook of Penal Abolition (Routledge, 2021). His latest single authored book is For Abolition: Essays on Prisons and Socialist Ethics (published by Waterside Press in November 2020).

David is currently co-editing a book for Palagrave (forthcoming, 2023) with Joe Sim entited Demystifing Power, Crime and Social Harm discussing the life and work of Steven Box and editing two further books on the historical diversity of penal abolitionism. The first, (forthcoming, 2023, Bristol University Press) is entitled Abolitionist Voices: Ideas, Traditions and Dilemmas and explores different abolitionist traditions in historical context. The second (under review for publication) is focused on socialist and anarchist visions of penal abolition in the late Eighteenth and early  Nineteenth Centuries.

David is also working on a sinle authored monograph on historical witnessing, state killings and social murder in east Lancashire, for publication in 2025.

A full list of his publcations can be found here: https://dscott.academia.edu/

Scott, D. (2019) "Penal abolitionism as a philosophy of hope: an alternative futures for public engagement" in Henne, K. and Shah, R. (eds) (2019) ​The Routledge Handbook of Public Criminologies ​London: Routledge

Scott, D. (2016) “Hearing the voice of the estranged Other: abolitionist ethical hermeneutics” in Kriminolosches Journal (September 2016)

Scott, D. (2016) “Regarding rights for the Other: abolitionism and human rights from below” in Weber, L. (ed) The Routledge International Handbook of Criminology and Human Rights London: Routledge

Scott, D. (2015) “Walking among the graves of the living: reflections of an abolitionist on doing prison research” in Drake, D., Earle, R. and Sloan, J. (eds) Handbook of Prison Ethnography London: Palgrave

Scott, D. (2014) “Playing the get out of jail card for free: creating an abolitionist based consensus?” in Canning, V. (ed) (2014) Sites of Confinement London: EG Press

Scott, D. (2012) "Sympathy for the devil: human rights and empathetic construction of suffering" in Criminal Justice Matters, May 2012

Scott, D. (2007) “The changing face of the English prisons: a critical review of the aims of imprisonment” in Jewkes, Y. (ed) (2007) Handbook of Prisons London: Routledge

Scott, D. (2006) "The caretakers of punishment: prison officers and the rule of law" in Prison Service Journal November 2006

David was Chiar of DD105 Introduction to Criminology (Chair in production 2016-2020 and Chair in presentation, 2020-2021) and formerly Qualification Lead of Q57 Social Policy and Criminology.

David has undertaken interviews for BBC Radio 4, BBC Radio 5 Live and a number of local radio stations such as BBC Radio Northampton, BBC Radio Merseyside and BBC Radio Essex.  He has also featured on national television, including contributions to  BBC1 The Big Questions, BBC Wales Today and ITV News. He also recently contributed a viewpoint on prison abolition to BBC Ideas.

David is co-founder and former director of the independent publisher EG Press.  He has also made a number of short films and documentaries for The Open University.  His short film (made in collaboration with Hamlett Films) "Grenfell Tower and Social Murder" was nominated for Best Film at the Learning on Screen Awards (2018) and nominated for the Best Research Film at the AHRC Film Awards (2018) (for awards won by this film see below).  Another film made with Hamlett, 'Advertising, Brandalism and Subvertising', was nomited for Best Educational Film at the Learning on Screen Awards (2019) and in April 2019 his OpenLearn film ' Why we should abolish imprisonment for childtren and young people' launched a week of action calling for the abolition of child prisons.

David has submitted evidence to a number of Parliamentary Committees and Official Inquiries. His research has been cited in the House of Parliament (see Hansard, 25th Janaury 2017) and also in HoC Briefing Papers on Prisons and Punishment (November 2016). David presented the case for the abolition of child life sentences in the House of Commons in November 2017.

He is currently producing a mini-documentary with Open Learn entitled "Chatterton:Riot, Fight or Massacre?' and is engaging with members of the local community in north east Lancashire  as part of his work towards the ethical witnessing and remembrance of the 1826 handloom weavers uprising.

Recent blogs for the Harm & Evidence Research Collaborative (HERC) include:

David has contributed short papers to independent media forums such as Open Democracy and The Conversation.

David contributed to the 2017 documentary 'Injustice' and also participated in the groundbreaking documentary "Punishment: A Failed Social Experiment" (directed by Dale Hallat and first screened 2012).

David has worked with numerous external organisations over the last 30 years.  These include INQUEST, a national organising supporting bereaved families of those who die in state custody and lobby government for humanitarian interventions the protect human life.

The film 'Grenfell Tower and Social Murder' (The Open University, 2018), which was made by David in collaboration with Hamlet Films, was awarded four major awards

David was the coordinator of the European Group for the Study of Deviance and Social Control from 2009-2012. He is a former editor / associate editor of the Howard Journal of Crime and Justice  and is the co-founding editor of the International Journal Justice, Power and Resistance.

Abolitionism as a philosophy of hope: ‘Inside-outsiders’ and the reclaiming of democracy (2020-02-04)
Scott, D.
In: Henne, K. and Shah, R. eds. The Routledge International Handbook of Public Criminology
Publisher : Routledge | Published : London

Regarding rights for the Other: abolitionism and human rights from below (2016-08-12)
Scott, David
In: Weber, Leanne; Fishwick, Elaine and Marmo, Marinella eds. The Routledge International Handbook of Criminology and Human Rights (pp. 50-62)
ISBN : 9781138931176 | Publisher : Routledge | Published : Abingdon