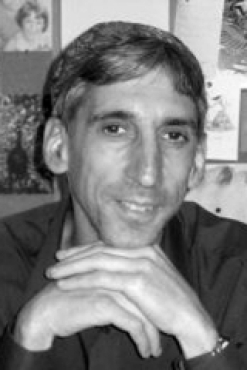 Experienced transdisciplinary university researcher, with a particular specialism in personal, community and local perspectives with a practical knowledge of impact planning and working with public, private and mutual external organisations. I am looking to build on my innovative engagement with digital humanities, data analysis, face-to-face and epistolary interviewing and material culture and to deliver to a range of audiences, employing a variety of media and methods.

The Military Historical Review stated of Now the War is Over:
For the first time in recent years this meticulously researched and highly readable tour de force highlights and evaluates the political, social and economic impact of the Great War on Britain in the aftermath of the Armistice. It is impossible to do full justice to this compelling account which this reviewer considers essential reading for anyone seeking to truly understand the impact and lasting legacy of the War on Britain. The book is based on hundreds of different sources, books, archives and websites. The text is fully annotated and supported by almost 40 pages of detailed footnotes. Most highly recommended.

A review of my The Open University. A History in the International Journal of Lifelong Education called it ‘incisive and energizing’ adding that the ‘principal strength of this account lies in the intimate way in which we are presented with not only the institution but the people’. The Welsh History Review concluded that it is a ‘very substantial work’. The Times Higher called it ‘fascinating and inspiring’. Tony Bates, the author of eleven books about online learning and distance education, wrote: ‘Weinbren has undertaken an extremely challenging task and met the challenge superbly. I hope you will enjoy the book as much as I have. More importantly, there are very important lessons to be drawn from this book about the nature of university education, equity, and government policy toward higher education.’ Professor Ken Thompson called it ‘a serious and detailed account [which] is particularly strong on the educational and organizational issues’. The review in Open Learning called it ‘a valuable account for anyone concerned with the history of higher education and society in the late twentieth and early twenty-first century’.

My book Generating Socialism was the New Statesman ‘Book of the Month’ at the time of a General Election and has been widely and favourably reviewed. Professor Paul Thompson of the National Life Story Collection wrote that it is ‘a tremendously important piece of work both historically and politically’. Jim Fyrth said that it was ‘excellent', Professor Jerry White called the book ‘absolutely wonderful’, Professor Stefan Berger wrote that it was ‘a marvellous book’, Professor Kevin Morgan said that it ‘will prove an invaluable resource for present and future historians’, Dr Eugenio F Biagini called it ‘of considerable value to scholars’, and Professor Lawrence Black called it ‘insightful’. The Times Higher said it was ‘fresh and entertaining’ and Labour History Review said ‘Written in a popular and accessible style, it provides a new sort of account of the history of the Labour Party’. Frank Allaun MP called the book 'first class’, adding that it ‘describes how the Labour Party ticks better than almost any other book that I've read’.

The Oddfellows (my book about the most popular of the friendly societies) was also well-received:

•  ‘a rich text … detailed and important history [with] a significance beyond the Order … an admirable work of history ... a contextually rich, historiographically complex picture … superbly illustrated … an excellent summary of the current state of the fraternal history and an indicator of its future potential’ (Journal for Research into Freemasonry and Fraternalism).

•  ‘well-researched ... well written ... full of illustrations ... evokes a strong sense of the society and its appeal’ (North West Labour History).

• ‘A comprehensive study … There is a wealth of detail … important topics set out clearly … well illustrated, tables and figures used to good effect and there is a useful glossary and excellent footnotes’ (Family and Community History).

•  ‘fills an important and neglected aspect of our social and economic life … an invaluable source of information’ (Journal of Co-operative Studies).

I have presented over 40 papers to academic conferences in Belgium, France Greece, Germany, The Netherlands, Norway, Portugal, Sweden, the USA, and in many locations in the UK. A Research Council member described my contribution to a recent academic conference as ‘brilliant’. In 2019 I was a guest speaker at both the International Conference in Critical Management Studies and at the Visions of society. New Universities and the 20th Century Europe conference, Cologne.

I have reviewed 45 books in a variety of academic journals including Economic History Review, Family and Community History, History, Journal of Freemasonry and Fraternalism, The London Journal, Oral History and Oral History Review. I have also had my reviews published in a number of popular journals.

Bid proposals to the ESRC and the AHRC. The assessor of the ESRC singled me out as a ‘well informed referee’.

2009 – Editorial Board member, Journal for Research into Freemasonry and Fraternalism.

An exhibition, based on my project of recording the memories of 200 labour activists from across the UK, was opened by the Home Secretary and toured the UK.

OU speaker and contributor to South Bank, The rest is noise festival, 2013.

Principal Speaker on Jennie Lee for popular event in her home town, 2016.

1/ The development of mutual aid and fraternal associations, friendly societies, trade unions, Freemasons, at the level at which people lived their lives.

2/ historical perspective on the precedents, politics, personalities and pedagogies of the Open University.

‘Filled with good social democrats’: the Open University and the development of the knowledge economy, 1969–1989 (2012)
Weinbren, Daniel
Journal of the World Universities Forum, 5