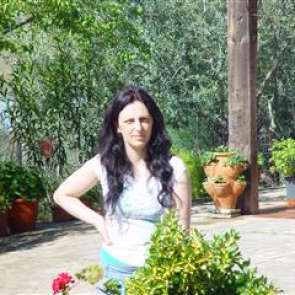 Born and raised in Spain, I received an Erasmus grant to undertake the final year of my BA (Hons) in English Language and Literature at the University of Ulster, Coleraine.  Subsequently, scholarships from Queen’s University, Belfast, enabled me to complete an MA in Modern Literary Studies and a PhD in American Literature there.

I have worked at The Open University since 2005, initially as an Associate Lecturer.  From the end of 2009, I have supported teaching and learning more extensively in various capacities and locations, and I am currently a Senior Lecturer and Staff Tutor linked to the Department of English and Creative Writing.

Alongside my love of literature, I have a keen interest in academic literacy development, and I completed an MA in Education, funded and awarded by The Open University, in 2012.  My work in the area of good academic practices, especially through my role as the lead Academic Conduct Officer for the Arts and Humanities (which I held between 2011 and 2019), formed the basis for my successful application to become a Senior Fellow of the Higher Education Academic in 2016.

Both my MA dissertation and my PhD examined the extent to which and the ways in which pseudo-scientific and technological developments featured in nineteenth-century American literature, as themes, characterisation aids, or structural devices.  Through these projects, I explored the writings of canonical authors Nathaniel Hawthorne and Henry James as well as the work of lesser-known writers today who were immensely popular at the time: Maria Susanna Cummins, Augusta Jane Evans, Elizabeth Stoddard, Oliver Wendell Holmes, and Nathaniel Parker Willis.

Whilst the interconnection between literature and popular culture remains my main area of interest, more recent projects have had a broader focus on, especially, transatlantic influences and book history matters or have related to more contemporary writers.  At present, I am doing some research into Latin American literature, with a particular focus on Isabel Allende’s work.​

I was an Associate Lecturer for The Open University between 2005 and 2016 and taught English Literature modules from level 2 to postgraduate: A210, Approaching Literature; AA316, ​The Nineteenth-Century Novel​; AA810, ​Postgraduate Foundation Module in Literature​; A815, ​MA in English Part 1​; A816, ​MA in English Part 2.  ​I also taught English literature modules across all levels at Queen's University, Belfast, between 2003 and 2009.

Since 2016, I have been closely involved in managing the delivery of tuition for a wide range of modules at The Open University, including: AA100, The Arts Past and Present; A112, Cultures; A215, Creative Writing​; A229, Exploring the Classical World; and - more prominently - A334, English Literature from Shakespeare to Austen​.  Further, between August 2019 and July 2022, I was the Deputy Module Chair for A112, Cultures, as well as one of the members of the production team for A893, MA in English Literature Part 1, with special responsibility for shaping its tuition and assessment strategy.  I am currently a member of the production team for A240, Literature Matters, to which I will contribute a unit on Isabel Allende’s Stories of Eva Luna.

As part of my subject-specific teaching duties, to date, I have authored a unit on ‘Nathaniel Hawthorne and popular print culture in early nineteenth-century America’ for A893 and I also wrote the 'The Development of Nineteenth-Century Criticism' section of the Study Guide​ for AA316.  Other contributions to teaching materials reflect my interest in the development of academic literacy and good academic practice: I designed the ‘Academic Integrity’ materials - and the quiz to test understanding of the concepts discussed - for A111, Discovering the Arts and Humanities, and then went on to lead and co-author a suite of 8 Study Skills sessions for A112.  I have more recently been involved in the recording of an audio asset introducing students to the final block of A112.

​Lately, my efforts have primarily revolved around the scholarship of teaching and learning.  Between 2019 and 2021, I led and was the sole investigator on a project on plagiarism matters.  This project was the first of its kind at The Open University and the first in the field paying substantial attention to the impact of poor academic practice on completion and progression.  The project’s findings and recommendations – outlines of which can be found through the links on the left - were based on a comprehensive analysis of Art and Humanities academic conduct referral data for 2011-2020.  The part of the project examining the effectiveness of making the teaching of good academic practices an integral part of module materials has already led to the earlier opening of the A111 quiz and the trialling of a live session on academic integrity designed and co-presented by myself. Wider project findings are being used in an institutional-wide review of academic conduct.

Since 2019, I have also been the principal investigator on a large project interrogating 2017-2022 attendance data for undergraduate English Literature modules.  The project is due to complete in December 2022, but my individual work as part of it so far has fed into a campaign supporting flexible-study-intensity English Literature students, English Literature tuition strategy arrangements, and Arts and Humanities as well as university-wide discussions about the provision of face-to-face teaching from the autumn of 2022.

Before turning my attention to scholarship, I read papers on aspects of my research at several conferences in the UK and abroad: