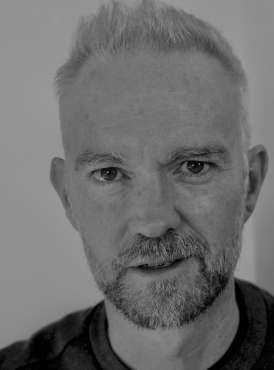 I'm a Professor of Greek Literature and Culture. I joined The Open University in July 2009, after having been a Tutor and Lecturer at Christ Church, Oxford (2004-2009). I have also lectured at the universities of Bristol, Nottingham and Reading.

I came to Classical Studies late. My local comprehensive didn't offer anything classical: my "A" levels were in English, Geography and Mathematics. I began with Classical Civilisation at the University of Leeds, before completing a Masters there in Greek Civilisation, which is when I started to learn ancient Greek; in order to work on my languages, I took a further Masters in Greek and Latin at the Ohio State University in the US. For my PhD, I studied in Cambridge (Pembroke College), where I investigated representations of verbal contest - or agon - in epic, historiography and tragedy, under the supervision of Simon Goldhill and Paul Cartledge.

I have been a Junior Research Fellowship at Wolfson College, Cambridge (2002-2004) and a Visiting Fellow at the Advanced Seminar on Literature and Culture in the Ancient Mediterranean and Near East, at Venice International University (2003-2004). From 2012-2013 I had an Alexander von Humboldt Research Fellowship for Experienced Researchers, at Historische Geographie des antiken Mittelmeerraumes, Freie Universität Berlin, and the Institut für Informatik, Universität Leipzig. In 2014 I was awarded a Visiting Fellowship at TOPOI: The Formation and Transformation of Space and Knowledge in Ancient Civilizations, at Berlin's Freie Universität. From 2014-2015 I held an A. S. Onassis Foundation Visiting Fellowship at the National Hellenic Research Foundation in Athens.

While a PhD student in Cambridge I won a Graduate Teaching Award from Pembroke College. In 2006 I was recognised for making an "outstanding contribution to teaching" at the University of Oxford's inaugural awards, and won the award again in 2007.

My research interests cross generic and disciplinary boundaries, with a primary focus on Homeric studies and historical geography.

In my first book, Entering the Agon (OUP, 2009), I explore the ways in which debate is represented in Homer, historiography and tragedy through a framework of dissent and authority. Developing the idea of competition that is central to this work, I have published a series of articles jointly written with Joel Christensen on poetic rivalry (in Homer and Archilochus), as well as the reception of Homer in the Epic Cycle. This collaboration has culminated in our 2020 Homer's Thebes monograph, published Open Access by the Center of Hellenic Studies, in which we establish the relationship of Homeric epic to other oral poems as a dynamic exchange of, and battle over, language, motifs and ideas. With Joel, I have also published a popular Beginner's Guide to Homer.

If my work on the agon had drawn attention to the importance of the spatial framework underpinning scenes of debate in Homer and beyond, representations of space and place provide the focus for my other strand of research. Since 2008, I have been leading and co-running a series of collaborative projects, which are using digital resources to rethink spatial understanding of the ancient world. The AHRC-funded Hestia project uses Herodotus’s Histories as a case study to argue for a paradigm shift in understanding the ways in which texts organise spatial information differently from maps. In our edited volume New Worlds out of Old Texts (OUP, 2016), we show how Herodotus's narrative geography presents a world based on relations between places and the peoples who represent them, understood in terms of movement and transformation. Where Hestia showed the research possibilities of mapping places in a single text (Herodotus), Google Ancient Places, (GAP), funded by two Google Digital Humanities grants, found that identifying places across corpora of digital texts required disambiguation (“Paris” the place from “Paris” the person; Classical “Athens” from “Athens” Georgia), and that disambiguation was best enabled by using Uniform Resource Identifiers (URIs)—character strings provided by global authorities (“gazetteers”) that unambiguously identify each place.

The culmination of this work has been Pelagios. In the JISC-funded pilot project which I led we established that annotating place references with URIs was a simple but universal means of enabling the linking of different online materials (texts, maps, databases), hosted by different resource providers. Three subsequent grants from the Andrew W. Mellon Foundation have helped us establish Pelagios’s methodology as a trailblazer in Humanities Linked Open Data. Recogito, our free open-source tool, enables annotation of digital documents without coding expertise. In 2019, Pelagios made the transition to becoming a formal Association in UK Charity law. In the Pelagios Network, work is coordinated, resources pooled, and development planned by equal and interdependent Partners from all around the world.

At the OU I have authored the first two units of A229's Block 1 on Homer and the Early Greek World. I have also contributed to a range of OpenLearn materials: on inquirying with Herodotus; an animation of Sophocles’s Antigone (to accompany A111): a Troy Story animation (to accompany A229); and a Greek heroes in popular culture podcast.

At Oxford I lectured on Homer's Iliad; Sophocles's Antigone; Euripides's Bacchae; and Texts and Contexts (the symposium, love and aristocratic politics; the state and individual; theatre in the city). I also tutored all Greek authors and subjects for Mods and Greats.

I frequently give school talks on Homer, Herodotus and Thucydides, and the Athenian tragedians.

Hestia was a collaboration with researchers from the universities of Oxford, Birmingham and Southampton.

GAP was a collaboration with researchers from Southampton, Edinburgh and Berkeley.

Pelagios (the project) was a collaboration with researchers from Lancaster, Exeter, Southampton, the Institute of Classical Studies, the Austrian Institute of Technology, and the Humboldt Institute for Internet and Society.

I am currently involved in a collaboration based at the universities of Umeå and Uppsala in Sweden, whose aim is to trace, map and explore Pausanias’s Description of Greece. The Digital Periegesis project not only identifies and reflects on how Pausanias describes places and objects within them; it also analyses the spatial organisation of his narrative, specifically how he relates places to each other.

The Pelagios Network has Partners from all around the world, in Europe, the US and Canda, Latin America, North Africa, the Middle East and Australasia.

Coding for the Many, Transforming Knowledge for All: Annotating Digital Documents (2020-01)
Barker, Elton; Foka, Anna and Konstantinidou, Kyriaki
Publications of the Modern Language Association, 135(1) (pp. 195-202)

On using a digital resources for the study of an ancient text: the case of Herodotus’ Histories (2013)
Barker, Elton; Isaksen, Leif; Rabinowitz, Nick; Bouzarovski, Stefan and Pelling, Chris
In: Dunn, Stuart and Mahony, Simon eds. The Digital Classicist. Bulletin of the Institute of Classical Studies Supplement (122) (pp. 45-62)
ISBN : 9781905670499 | Publisher : Institute of Classical Studies, University of London