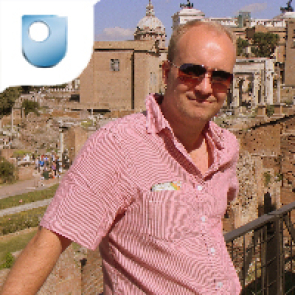 I completed my undergraduate degree in Humanities with Classical Studies with the Open University, before attending the University of Nottingham to complete an MA in Ancient History and a PhD in classical studies and political history. Before returning to higher education, I worked for a number of years in different roles within the financial services industry. During a period as a freelance writer and financial researcher from 2008 to 2012, I co-authored the Financial Times Guide to Personal Tax 2011-12. I have worked as an Associate Lecturer for the Open University since 2006.

I am interested in the history of ideas, particularly the different ways that ancient thought is used in the modern world. My 2018 book, Ancient Greece and American Conservatism, looked at appropriations of ancient Greek thought within the modern American conservative movement. This project examined how the ideas of Plato, Thucydides, Xenophon and Aristotle have been used in contemporary debates. These appropriations have sometimes served to creatively subvert the meanings of the ancient texts; however, the application of these interpretations has actively reinforced and invigorated conservative critiques of modernity in debates over areas such as social policy, education, culture and foreign policy.

For my next project, I am in the early stages of investigate the appropriation of Roman political history in interwar American debates over consumerism, government interventionism and imperialism, in which Rome has been employed as a model against which America was measured. This interdisciplinary project will examine an evolving interwar dialogue between Rome and America, in which multiple and contested versions of ancient Rome interacted with American modernity. By analysing this dialogue we can gain a better historical understanding of interwar America. The project will investigate how the development of mass-production consumerism encouraged comparisons with Roman luxury; the ways in which the Great Depression and New Deal fed and transfigured a Roman model of the slide from republicanism to tyranny; and Rome as a model of imperialism during the period in which the United States became a global power. Understanding the multiplicity of uses to which Rome was put will cast fresh light on this formative period in American intellectual history and provide a theoretical framework for subsequent engagements with antiquity.

At the Open University I teach a range of modules reflecting my fascination with the relationships between Antiquity and the modern world. Building upon my Humanities background I teach ‘The arts past and present’, ‘Exploring the classical world’ and ‘The MA in classical studies (part 1)’. In the broad field of political thought I teach ‘Modern Political Ideas’, ‘International Relations’, ‘Understanding Politics’ and ‘Investigating the Social World’. I have also contributed to course and textbook development at the Open University. Finally, whilst completing my AHRC-funded PhD at the University of Nottingham, I taught Classics and ancient history modules, including ‘Interpreting Ancient History’ (Greek and Roman), ‘Sparta’, ‘Classics and Popular Culture’, 'Herodotus', 'Greek Tyrants' and ‘Beginners’ Greek’.