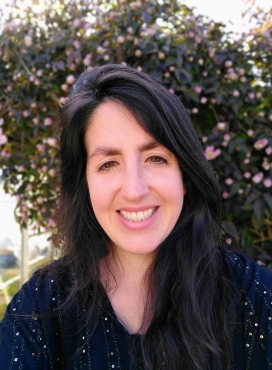 Interdisciplinarity has always been central to my scholarship, research and teaching. I studied for a BA in English Literature and Ancient History and an MA in Ancient History at Cardiff University before completing an AHRC funded PhD in English Literature and Classics at the University of Exeter. Alongside teaching across the Humanities – with a focus on classical reception – I have lectured in Higher Education Practice, specialised in public engagement training, and led the development of researchers at Bath Spa University. I joined the Open University as a Staff Tutor in Classical Studies in April 2021.

My research unites ancient and modern literature, visual artwork, cultural and political discourse, and intellectual history, through the ways in which the classical world, particularly ancient Rome, was reimagined across the nineteenth and twentieth centuries.

While I am fascinated by the reception of Rome and of Latin literature in the works of many writers, artists, historians and philosophers, my monograph focuses on the Anglo-Welsh, Catholic, First World War veteran David Jones (1895-1974). Across his drawings, watercolours, unique painted inscriptions, poetic fragments, letters and essays, Jones shaped his conception of modern Western civilisational decline on a creative and dynamic reimagining of ancient Rome. His vision of Rome was not founded on a classical education but fashioned instead from his engagement with contemporary dialogues surrounding Rome’s relationship with the modern world. In this way, Jones’s works become a lens through which we can explore Rome’s position in complex areas of twentieth-century discourse such as imperial rhetoric, cyclical history, the Catholic intellectual revival, and the Welsh nationalist movement.

Working across disciplines and engaging deeply with archives has led to my discovery of lost filmed interviews and the digitisation, public screening and sharing of new materials. Building on this research, I am currently collaborating on projects exploring innovations in archival methodologies and developing publications on creative approaches to marginalia and fragmentation.

‘Bridging the Breaks: David Jones and the Continuity of Culture’, Flashpoint, no.18 (Summer 2016).

2015: ‘Recovering Radical Reception’: Welsh Nationalism’s Claim that “Rome is our Mother”’, in the Classical Association Conference (University of Bristol).

2014: ‘Re-imagining Rome at the Fall of Western Civilisation: David Jones and the Analogy of Decline’, in Classics and Classicists in the First World War Conference (University of Leeds).

Due to my interdisciplinary specialism, I have lectured on a wide range of Latin and Greek literature and on Roman history across Classics, English Literature and History, in particular tracing the reception of classical texts, ideas and artworks from the ancient world to the modern. I am currently working on the Part 1 module of our MA in Classical Studies (A863) and our new Myth module (A350).

Alongside my work in the Humanities, I have led MA modules in Education and professional development programmes for staff and postgraduate researchers. My interest in pedagogy led me to undertake the HEA’s Teaching Excellence Programme (2018) and complete both SFHEA accreditation and an MA in Professional Practice in Higher Education in 2021.

In my ongoing role as a trainer in the National Co-ordinating Centre for Public Engagement’s Associates Network I have the opportunity to share my expertise in research impact, public and community engagement and co-production.