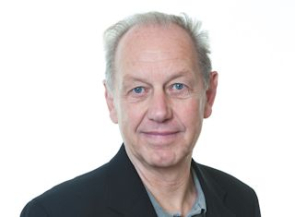 John Allen is an Emeritus Professor in the Faculty of Arts and Social Sciences, after having written and taught at The Open Univeristy for over four decades. In that time, I contributed to a range of introductory and interdisciplinary modules in the Social Sciences, some fourteen in total, and published, as author or editor, over fifteen books.

As a retired Professor, I am currently in receipt of a Leverhulme Emeritus Fellowship. This has enabled me to further pursue my research interests in geography and power, in this instance by exploring how financial techniques developed by banks and investment funds in the global North are employed to extract value from long-term infrastructure deals in the global South.

My research interests fall into two related areas, both of which have blended into one another over time. I have a long-standing interest in the relationship between geography and power, more specifically the difference that spatiality makes to the way that power works in its various modalities, from domination and authority through to seduction and manipulation.

In 2003, I published a book-length treatment on the subject, Lost Geographies of Power (Oxford, Blackwell) and followed this up in 2016 with Topologies of Power: Beyond Territory and Networks (Oxford and New York, Routledge), which explored a range of topological insights into power’s spatial twists and turns, including those that shape contemporay global finance and the management of political borders. At around the same time, I also become interested in what a nonhuman dimension to power might look like when the ‘power’ to make life live is the central focus of enquiry. That interest was explored through an ESRC funded research project on the farm and food processing industries in the UK, in collaboration with colleagues at Exeter University, and the results were published in 2017 by Wiley Blackwell under the title, Pathological Lives: Disease, Space and Biopolitics (with Steve Hinchliffe, Nick Bingham & Simon Carter).

In parallel to the broad topic of spatiality and power, I have for some time been interested in the work of George Simmel and Siegfried Kracauer. The two theorists have informed much of my thinking on public spaces and seduction in an urban context, as well as giving me an insight into phenomenological accounts of the urban. This work has appeared in journals such as New Formations and Urban Studies.

John Allen is a member of the OpenSpace Research Centre.

A  Poststructuralist Who Still Believes in Structures: Interview with John Allen, Journal of Cultural Economy (2021) Early online (with T. Bennett)

The last Open University module that I worked on, DD213 Environment & Society, had its first presentation in 2018, and I contributed chapters on animal commodification and the difference that markets make to how envirionments are grasped. Prior to that, I wrote on power and supermarkets for DD102, a Level 1 Foundation Module, which was published as part of Understanding Social Lives in 2014. Both modules are still in active presentation.