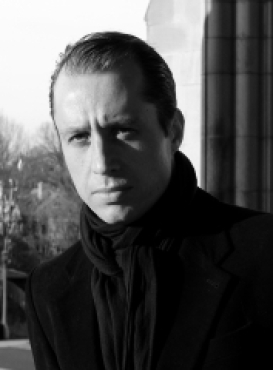 My main research interests lie in the interdisciplinary study of social and psychological aspects of shared beliefs and social remembering, especially in relation to conspiracy theories, antisemitism and Holocaust remembrance. I am also interested more generally in the relationship between psychology and history.

At present, the main focus of my research is the visual rhetoric of atrocity. I have recently completed a book on the role which atrocity photographs played, and continue to play, in forging the public memory of the Second World War in the countries of the former Yugoslavia. Focusing on visual representations of one of the most controversial episodes of that war - genocidal violence perpetrated against Serbs, Jews and Roma in the Independent State of Croatia between 1941-1945 - the book examines the history of the relevant atrocity images, scrutinizes the institutional dynamic behind their collection and preservation, and explores their subsequent dissemination through books, exhibitions, media reports, films, etc. The book pays particular attention to the politics of atrocity images and the continuities and discontinuities in the ways in which they shapted public perception of the history of the genocide in the Independent State of Croatia over the years. Picturing Genocide in the Independent State of Croatia was published by Bloomsbury Academic in July 2020.

Previously I worked on a number of projects on conspiracy theories, antisemitism and different aspects of Holocaust memorialisation.

Conspiracy theories: My first book Conspiracy Theories: Serbia vs. the New World Order, published in Serbian in 2006, was based on my PhD thesis which I completed at Loughborough University in 2002. By examining the proliferation of conspiracy theories in Serbian society in the 1990s, this book offered a unique look at a hitherto neglected aspect of Serbian culture, and remains an authoritative account of the rise of conspiracy culture and antisemitism under Milosevic. In 2011 I completed a second monograph on conspiracy theories, published by Palgrave Macmillan in 2011. Conspiracy Theories: A Critical Introduction moves beyond the Serbian context and offers an interdisciplinary account of conspiracy theories as a global phenomenon, exploring their political, historical and psychological dimensions. The paperback edition of this book was published in the spring of 2015.

Antisemitism: In 2003-2005, I worked on a project on antisemitism in the Serbian Orthodox Church. The project consisted of a case study of the rehabilitation, since the late 1980s, of Bishop Nikolaj Velimirovic (1880-1956), a controversial Serbian Orthodox Christian theologian, who, in spite of his virulently antisemitic views, has come to be regarded within the Serbian Orthodox Christian culture as the most important religious figure since medieval times. By exploring the representations of Bishop Velimirovic in the media and in commemorative discourse, I examined the complementary dynamics of repression and denial of controversy which are constitutive of Velimirovic's continuing popularity. This project yielded a number of journal articles, and the book Denial and Repression of Antisemitism: Post-Communist Remembrance of the Serbian Bishop Nikolaj Velimirovic published in 2008 by Central European University Press (select the link to read the book for free).

Holocaust survivor testimony: In 2010 I embarked on a project on testimonies of the survivors of the Holocaust in Yugoslavia. I was interested in the production, collection, dissemination and reception of testimonies collected both under communism and after 1989, during the turbulent times of post-communist transition and the dissolution of Yugoslavia. Through the analysis of Holocaust survivor testimonies produced in specific cultural and political contexts, I explored broader issues concerning the social and historical contingency of Holocaust testimony and the complex relationship between – and mutual interdependence of – individual, collected, and collective memory. I began work on this project in early 2011, thanks to the Charles H. Revson Foundation Fellowship which enabled me to spend three months as a fellow at the United States Holocaust Memorial Museum's Centre for Advanced Holocaust Studies in Washington, DC.

Psychology and History:  Together with Cristian Tileagă from Loughborough University, I co-edited the book Psychology and History: Interdisciplinary Explorations (published in 2014) which includes contributions from psychologists and historians interested in pursuing interdisciplinary dialogue. We later also co-edited a Special Section of Qualitative Psychology on the use of archives in qualitative psychology (published in 2016). This work builds on our mutual interest in the relationship between psychology and history and the different ways in which each discipline can enhance the understanding of the other.

I am a member of the Culture and Psychology Research Collaboration, and the War, Conflict and Politics Research Group.

A selection of my research publications can be viewed at The Open University's Open Research Online, or by selecting the ‘Publications’ tab on this page.

I am also the author of several teaching publications which are used in OU modules:

I am currently one of three Heads of Discipline in the School of Psychology and Counselling and a member of the DE300 module team.

Social psychology, history, and the study of the Holocaust: the perils of interdisciplinary “borrowing” (2014-11)
Byford, Jovan and Tileagă, Cristian
Peace and Conflict: Journal of Peace Psychology, 20(4) (pp. 349-364)

“Shortly afterwards, we heard the sound of the gas van”: survivor testimony and the writing of history in socialist Yugoslavia (2010-04)
Byford, Jovan
History and Memory, 22(1) (pp. 5-47)

Picturing Genocide in the Independent State of Croatia: Atrocity Images and the Contested Memory of the Second World War in the Balkans (2020-06-25)
Byford, Jovan
War, Culture and Society
ISBN : 9781350015975 | Publisher : Bloomsbury Academic

The Political Instrumentalization of a Site of the Holocaust: Contested Memories of the Semlin Camp in Belgrade (2021)
Byford, Jovan
In: Ognjenovic, Gorana and Jozelic, Jasna eds. Nationalization and Politicization of History in Former Yugoslavia. Modernity, Memory and Identity in South-East Europe (pp. 95-120)
Publisher : Palgrave Macmillan

Between marginalisation and instrumentalization: Holocaust memory in Serbia since the late 1980s (2013-07-01)
Byford, Jovan
In: Himka, John-Paul and Michlic, Joanna Beata eds. Bringing the Dark Past to Light: the Reception of the Holocaust in Postcommunist Europe (pp. 516-548)
ISBN : 978-0-8032-2544-2 | Publisher : University of Nebraska Press | Published : Lincoln, NE

The willing bystanders: Dimitrije Ljotic, ‘Shield Collaboration’ and the destruction of Serbia’s Jews (2011-05-30)
Byford, Jovan
In: Haynes, Rebecca and Rady, Martyn eds. In the Shadow of Hitler: Personalities of the Right in Central and Eastern Europe
ISBN : 978-1-84511-697-2 | Publisher : I.B. Tauris | Published : London, U.K.