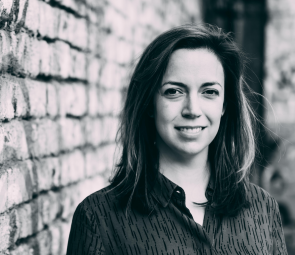 Dr Manuella Blackburn is an internationally recognised and multi award-winning composer of sound-based music and digital arts. She has been working with sound for over 15 years and has created projects for fixed media, instruments and electronics, installations, and music for film and audio-visuals. Her music is published on the Montreal-based label, Emprientes DIGITALes and she has received over 250 performances and exhibitions world-wide.

Dr Blackburn's research interests focus on three primary areas: sampling and intertextual procedures, intercultural creativity, and compositional methodologies. She has published numerous journal articles, conference papers and book chapters on these topics and has given keynote addresses at the NAMHE Music – Learning – Technologies conference, (Glasgow, 2013) and the Women Since 1900 Conference (Liverpool, 2013) and the Musicological Society of Australia (Perth, 2018).

Her research has been funded by the Arts and Humanities Research Council (AHRC) in an Early Career Fellowship (intercultural Creativity in Electroacoustic Music: Integrating Indian Music Cultural Sound Emblems in new works) in 2012-13 and an ED&I Engagement Fellowship (Overcoming Sonic Stalemates: Representing Cultural Diversity in Sample Packs) awarded in 2021.

She is currently researching the history of sound libraries as a precursor to the contemporary sample pack download and she has recently completed a sound-based work on the Fairlight CMI series II sound library entitled Farewell Fairlight (2021).

Dr Blackburn is a Senior Fellow of the Higher Education Academy (SFHEA, awarded 2019) which recognises experienced educators in academia. This achievement recognises excellence in teaching leadership, management and organisation, as well as recognising innovation in learning and teaching practices. Dr Blackburn's work in embedding collaboration into course design and building content for learning software for digital creativity has been acknowledged in this context.

She is currently supervising PhD in the following areas:

Dr Blackburn has held roles as Unit of Assessment coordinator for REF in two institutions (LHU and Keele). She has a track record in writing four successful REF impact case studies, including her own compositional methods research on The Visual Sound-Shapes methodology, which pioneered the first systemised method for creating electroacoustic music which was articulated as a REF Impact Case Study in REF2014 (https://impact.ref.ac.uk/casestudies/CaseStudy.aspx?Id=11855) demonstrating the reach and significance of this pedagogical tool for class room learning and beyond.

Her long-term partnership with Milap (the UK’s leading Indian Arts Development trust) has led to ongoing changes in equality, diversity, and inclusion with regards to funding opportunities and academic and community group partnerships. Her collaboration work was used as a case study in the Common Cause report policy document (https://www.commoncauseresearch.com/)

She sit on the editoral board for Organised Sound Journal (CUP) and has overseen two guest editor issue (https://www.cambridge.org/core/journals/organised-sound).

She is regularly invited to guest lecture on creative practice and has recently given talks at: