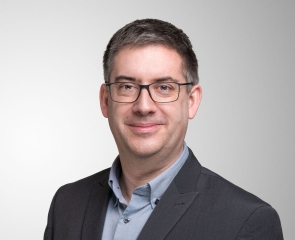 Matthew Gardner is a musicologist and harpsichord with research interests in eighteenth-century Britain (especially George Frideric Handel), Franz Schubert, and the critical editing of music. Matthew gained his PhD at the Ruprecht-Karls-Universität Heidelberg in 2007 before working there an assistant professor in musicology from 2008–2011. At the same department he spent three years on a German Research Foundation (DFG) fellowship studying singers in early eighteenth-century Britain. From 2014–2017 he led the research group ‘OPERA – Spektrum des europäischen Musiktheaters in Einzeleditionen’ at the Goethe Universität Frankfurt am Main before taking up his present post as a Professor (Akademie-Juniorprofessur) at the Eberhard Karls Universität Tübingen in 2017. Matthew joined the Music Department at the Open University as a visiting fellow in March 2020.

My research centres primarily on music in Britain during the first half of the eighteenth century, particularly George Frideric Handel and his English contemporaries, as well as singers active in Handel’s London. More recently I have also turned my attention to the music of Franz Schubert. My work essentially focuses on four key areas and approaches: firstly, historiography and intellectual contextualization (especially the cultural intersection of music, religion, philosophy, art, politics and literature); secondly, source studies; thirdly, critical editing (print and digital editions); and fourthly, performers and performance practices.

Publications:
For a full list of publications see: https://uni-tuebingen.de/de/110275