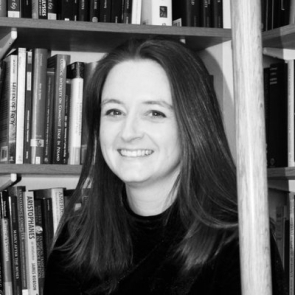 In 2018 I completed my PhD in Classical Languages and Literatures at the University of Oxford, where I had also studied for my MSt in Greek and Latin Languages and Literatures, and my BA in Classics and English. After finishing my PhD, I was the Access Fellow at Worcester College, Oxford, where I split my time equally between research in classical reception and work to dismantle the inequalities, inequities and biases that structure access to Higher Education. In this role I had the huge privilege of working with colleagues across the education sector (and especially state school teachers) to widen participation. I have also taught in the Classics departments of Warwick and Bristol universities, and in the Theatre and Performance Department of Goldsmith's College, University of London - and I also spent a year as the Archivist and Researcher at the Archive of Performances of Greek and Roman Drama in Oxford. I joined the Open University in September 2022.

My research focuses around ideas about bodies in ancient texts that find their way into the modern world. I am especially interested in the ways that biases against certain bodies (and modes of embodiment) in the modern world are inspired by (or said to be inspired by) ancient texts - and have written in particular on the way that ancient literature shapes contemporary ableisms. Disability studies has had a huge influence on my work in classical reception - you can read an open access article I wrote on this with my frequent collaborator Dr Hannah Silverblank here. I am also interested in shifting classical reception away from its reliance on a logic of inheritance, and my work is often invested in finding non-linear, non-hegemonic and non-hierarchical ways of figuring classical reception (most commonly via assemblage theory and other new materialist approaches).

I co-convene the Critical Ancient World Studies collective with Dr Mathura Umachandran, which brings together an international group of scholars in an attempt to find ways to decolonise approaches to the ancient world. You can hear an introduction to some of this work here. And more generally I am interested in the intersection between fields of study that arose as a result of historic injury, and in the wake of the civil rights movements (queer studies, Black studies, disability studies and some feminisms, for instance) and the study of the ancient world. I am currently working on a new book project that traces the inter-related histories of Classics and eugenics in Europe, and you can hear an early presentation of some of this work at the 2022 Res Difficiles conference here.

In the past I have taught many different aspects of Greek and Latin literature - especially Greek tragedy - and classical reception. I also co-devised the University of Oxford's first course on Decolonisation across all subjects while I was working at Worcester College, with my colleague Rea Duxbury.

At the Open University I am part of the module teams on A276: Classical Latin and on the production of the MA in Classical Studies.

Writing for and speaking to the public is one of my favourite parts of my job. I write frequently for non-specialist audiences, including in the Guardian and in the Times Literary Supplement, and I also write for children. I am the author of A Journey Through Greek Myths (2019) and Gods of the Ancient World (2022).