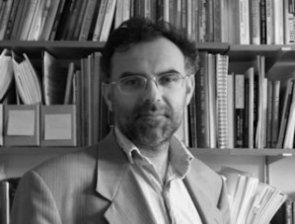 I have held fellowships in Oxford and Cambridge Universities and am currently a Professor at the Open University and Research Associate at HERC in Oxford University. My work stems from long standing interests in the foundations of decision sciences, used to be primarily normative, and have argued for the expansion of decision theory beyond older conceptions of rational choice, something that has, broadly speaking, taken place both in economics and philosophy. In recent years, I have been interested in the operationalisation of Sen’s capabilities approach to welfare economics and its use in debates about the measurement of progress.

Earlier work has been published in a variety of leading economics journals including The Economic Journal, Theory and Decision, Oxford Economic Papers, Economica, Journal of Health Economics, Annals of Operations Research and much of it is collected in my monograph Foundations of Rational Choice Under Risk published by Oxford University Press in 1993 (with reprints in 1995 and 2002). In addition, I have just edited and contributed to the Oxford University Press Handbook of Rational and Social Choice with Professor Prasanta Pattanaik (Riverside, University of California, USA) and Professor Clemens Puppe (Karlsruhe University, Germany) to be published in 2008. Work on capabilities and wellbeing is summarised in greater detail on the capabilities measurement project website.

I have also been interested in the interaction these theories and their development in policy contexts or experimental and survey based work. This work has been published in a wide variety of scientific journals including Science, Journal of Theoretical Politics, British Journal of Management, Social Theory and Practice, Social Indicators Research, Health Care Analysis and the Journal of Economic Psychology.

Having taught research methods at graduate level for five years and acted as a consultant researcher on economic statistics to the OECD and NAO my most recent work brings a these interests together with interests in the foundations of social choice. With about 25 colleagues, at the latest count, I have sought to demonstrate the extent to which the measurement of human capabilities is feasible along multiple dimensions and explore the techniques that can be applied to such measurements. This work has resulted in approximately a dozen publications and has been incorporated into research projects in Oxford, Glasgow and Buenos Aires.

At the Open University I also have interests in visual methods and public dissemination of science and was the academic consultant for ‘The Rules of the Game’, a 3 part BBC TV series presented by P Y Gerbeau that highlighted the economics of innovation, households and game theory.

I have been the principal applicant or co-applicant on grants from a number of funders including:

Editorial board memberships and guest editorships have included:

Anand, P (2001) 'Procedural Fairness in Economic and Social Choice: Evidence from a Survey of Voters, Journal of Economic Psychology, 22, pp. 247–70.

I am currently chair a level 3 course on micro-economics projects, contribute to the production of a level 2 course on economics and have contributed to a range of courses on the Environment and Psychology. Previously as Head of Department I worked with two other departments to introduce to the Open University, an undergraduate degree in Politics, Philosophy and Economics (PPE).

Violent Crime, Gender Inequalities and Well-Being: Models based on a Survey of Individual Capabilities and Crime Rates for England and Wales (2007)
Anand, Paul and Santos, Cristina
Revue d'Economie Politique, 117(1) (pp. 877-902)

What economists do - and how universities might help (2012-09-15)
Anand, Paul and Leape, Jonathan
In: Coyle, Diana ed. What's the Use of Economics? Teaching the Dismal Science after the Crisis
ISBN : 9781907994043 | Publisher : London Publishing Partnership | Published : London

The Measurement of Progress - Some Achievements and Challenges (2011)
Anand, Paul; Martine, Durand and Heckman, James
The Open University, Milton Keynes.