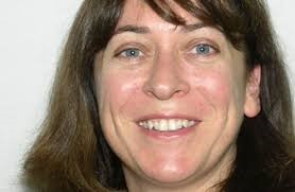 I am an Irish poet and critic working within a poetics of social literary interventions and arts based research.  Educated at University College Dublin and at Lancaster University, I also pursued post-graduate study at NYU and the New School, New York. I joined the OU from Kingston University London where I was Associate Professor in English Literature and Creative Writing. I am the author of five collections of poetry and co-editor of the first commissioned book of essays on the work of Eavan Boland.  I collaborate with other artists on community-based arts projects including Art at the Heart of the Peninsula (Peace IV-funded) and the British Council's Peace and Beyond project.  My work has received awards in the National Poetry Competition and the Troubadour International Competition and is the recipient of an Arts Council award and the Templar Poetry Prize. I publish regularly in the literary journals of the US and the UK/Ireland including Poetry and The Hopkins Review (US) and Agenda and Magma Poetry (UK). I appear in the canonical anthologies of the past two decades including Identity Parade: New British and Irish Poets (Bloodaxe), Women’s Work: Modern Women Poets writing in English (Seren) and The Field Day Anthology of Irish Literature (NYU Press).

I am interested in the place of the political poem in contemporary poetics and in re-exploring the prisms for looking at ‘socially engaged poetry’ with a focus on the ‘ethics of aesthetics’ as well as on perceived personal/political divides.

Coming from the perspective of ‘thinking through writing’, my outreach work is rooted in two decades of experience of developing bottom-up, grass-roots-driven projects that have had impacts in knowledge creation and in behavioural change as well as feeding into policy. . I devise new Creative and Expressive writing methodologies to investigate how applications of literary thinking along with writing practice can play a role in the reclamation and development of civic imagination through work with refugees, military veterans, human rights defenders, and charities.

Projects, partnering with co-researchers in a variety of organisations, look at how participatory practice can enable participants to recognise their own personal potential as well as their potential for creating cultural cohesion, particularly after divisive conflicts, involuntary displacement or traumatic events. Recent partners include UNDP, Iraq, Participation and Practice of Rights, Northern Ireland, North Tees and Hartlepool NHS Trust, The Royal Trinity Hospice, London and Beyond Borders, Scotland.

2018    'When all this is Over', with the British Council ‘Peace & Beyond’ initiative, photomontage by Bernardette Lynn, performed and recorded for the Peace & Beyond Conference.

'When all this is Over' also recorded for ' What Else...' a curation for Belfast's Poetry JukeBox, to mark the 20th anniversary of the Belfast Agreement.

‘The Blessing’ in Forage magazine – poetry of tragedy issue Nov 2016

2014      ‘Ravens’, in Berryman’s Fate: poems on the centenary of the birth of John Berryman,  ed. Philip Coleman (Arlen/Syracuse University Press)

Featured poet, six poems (‘Photos of the Islanders’, ‘About Cows’, ‘Piebald’, ‘Colonial Drift’, ‘Convexed’, ‘In Their High Cheekbones Run the Veins of Nation’)

I have been privileged to supervise English Literature and Creative Writing theses at MA, MFA and PhD levels. Interests include poetic ekphrasis, the stylistic and ethical considerations around life-writing/memoir and contemporary poetries and poetics. I have supported many student writers towards publication across a range of creative practice including poetry, eco-critical post-apocalyptic fantasy and the re-working of folklore and legend into stories that speak ‘truth to power’.

Consistently engaged by the development of pedagogies which support a diverse range of distance students, I am actively working on the creation of materials for the new OU MA in Creative Writing.

I am glad to hear from prospective students who wish to explore possible writing,research or critical-creative projects at the above contact email.