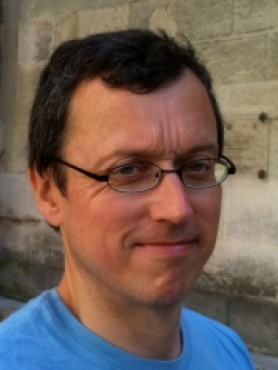 I originally studied classical guitar and piano at Leeds College of Music before studying early music at the Hochschule für Künste, Bremen. After working for several years I returned to study, gaining a BA in Art History and Music with the Open University, an MA in Psychology of Music at Sheffield University, and a DPhil in Music at Oxford University.

My early career was spent working as a performer and instrumental tutor but I have also worked in music publishing, the recording industry, broadcasting, and arts management.

I have worked in Higher Education since 2007 and have taught in several HE institutions, working variously as a lecturer, tutor, workshop leader, and dissertation supervisor. I completed training in teaching in higher education at the Oxford Learning Institute and am a Fellow of the Higher Education Academy (FHEA). I have been an Associate Lecturer with the Open University since 2009 and currently tutor on the MA in Music and undergraduate modules in the arts and humanities.

Much of my research has been concerned with the history, psychology, and aesthetics of performance, with a particular focus on recording; my work in this area considers the intersection of music and technology, the extent to which technology influences artistic practice, and the ways in which musicians respond to the challenges and opportunities presented by technical innovations. It encompasses a range of disciplines including musicology, psychology of music, performance studies, cultural history, oral history, and the history and analysis of recordings.

My work on the psychology of recording has been featured in a series of radio programmes (Performing to the Red Light) commissioned by BBC Radio 4, for which I studied working practices in commercial recording sessions and interviewed musicians, producers, and engineers about their experience of the recording process.

I have been invited to work on collaborative projects and in 2011 I co-edited a book about the Chopin Museum in Warsaw. The book documented the refurbishment and re-design of the museum and its exhibition spaces, from the launch of the architectural competition to its re-opening as part of the Chopin bicentenary celebrations in 2010.

In 2016 I held the post of Cultural Engagement Fellow at the Royal College of Music where I led the AHRC-funded research project ‘Exile Estates – Music Restitution’, working in collaboration with the British Library, the International Centre for Suppressed Music, and the Jewish Music Institute. The project focussed on the musical legacy of the conductor and composer Peter Gellhorn (1912-2004) and formed part of the RCM’s wider research on the experience of German and Austrian musicians who came to Britain as refugees in the 1930s.

In 2018-19 I worked as academic consultant on a series of television programmes (Our Dementia Choir) investigating the role of music in helping people living with dementia, which were first broadcast on BBC One TV in May 2019. Other recent research has included work on the theme of music and migration, the theatre music works of Peter Maxwell Davies, and aspects of learning and teaching in conservatoires.

I am currently conducting research on a major archive of previously unknown material on recording in the 1950s and 1960s.