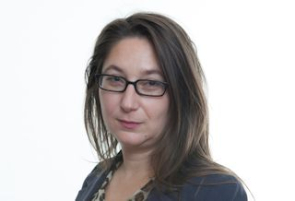 Dr. Erel’s research employs an intersectional approach and explores how gender, migration and ethnicity inform practices of citizenship. This has first been developed in her PhD, looking at skilled migrant women from Turkey in Britain and Germany (2009), then she explored these issues in the context of paid and unpaid work of refugee women in the voluntary sector and migrants in new areas of multiculture.

Her current research focuses on migrant families and citizenship. This explores how migrant women’s mothering practices can be conceptualized as citizenship practices. The focus is on questions of belonging and participation for the mothers and their children, for more information see https://youtu.be/uuB9URTJO8E

She is PI on an ESRC funded research grant on ‘Participatory Arts and Social Action Research (PASAR): Participatory Theatre and Walking Methods' Potential for Co-producing knowledge’ (January 2016 - December 2017) http://fass.open.ac.uk/research/projects/pasar. This work focuses on exploring and developing participatory walking and theatre methods for use in social science research, dissemination, engagement and teaching. Substantively the project builds on her interest in migrant families’ citizenship, exploring intergenerational relations and the marginalization of migrant families affected by the ‘No Recourse to Public Funding’ policy. A reflection on the methods is available in this podcast http://www.ncrm.ac.uk/resources/podcasts/view.php/creative-methods and this blog

and further detail on the project is available here https://fass.open.ac.uk/research/projects/pasar

This builds on a range of empirical projects, on migrant mothers’ citizenship including an AHRC funded networking activity on ‘Migrant Mothers’ Caring for the Future: Creative Interventions into Citizenship’ (PI Umut Erel, CI Tracey Reynolds, University of Greenwich) (2013-15), consisting of a series of seminars, an international conference and a series of participatory theatre workshops with migrant mothers. In this project, she applied participatory theatre methods as a research method to explore the theoretical notion of how migrant mothers enact citizenship. The project website with audio-visual clips from the theatre workshops, presentations of the conference and seminars and a theatre performance is available at(http://www.open.ac.uk/socialsciences/migrant-mothers/index.php).

Dr Erel has been leading the OU's contribution to a collaboration between academics, arts and activists on the Who Are We? Project, exploring issues of belonging, participation, citizenship and migration through an annual 6 day multi-platform event at the Tate Exchange project (https://www.tate.org.uk/whats-on/tate-modern/tate-exchange/workshop/who-are-we-2019 and whoareweproject.com)

Since 2015: Xenia Rochelle Jones ‘A critical ethnographic study of the Philippine Overseas Foreign Workers Phenomenon to explore its impact on poverty alleviation via the ‘Padala’ practice’ (part-time)

Hilal Alkan Zeybek on Enacting Citizenship: Practices of Intimacy and Gift-Giving in Turkey.

Kiran Nihalani ‘How can emerging practices which acknowledge interdependence and foster solidarity prefigure new forms and relationships of social welfare?

I have chaired the module The Uses of Social Science DD206, having previously chaired D844 Ethnography and have contributed to DD102, DD103 and DD206. I am on the module team of DD218 on the Digital and the Social and DD215 on Research Methods for Sociology, Criminology and Social Policy.

Since 2017, I have co-led the OU part of the consortium across arts and academia putting on a multi- platform event at Tate EXchange: Who are We Project? https://www.whoareweproject.com

2017: House of Commons Event: From Margins to Centre Stage: Families affected by No Recourse to Public Funds, Sponsored by Kate Green MP, Chair of APPG Migration,

2011: Evidence to European Commission Report on Migrant Women in Europe

2008: workshop for gender researchers and activists from the Middle East on Gender and Migration at the Conference on Gender, Migration and Ethnicity at the Lebanese American University Beirut, January 2008

2006: Commission for Racial Equality consultation on migration and racism

I have co-led the OU part of the consortium across arts and academia putting on a multi- platform event at Tate Exchange: Who are We Project? https://www.whoareweproject.com

I am Deputy Chair of the Editorial Board of Sociology, the British Sociological Association's Flagship journal

I am on the Steering Group of the Migration Museum Project http://www.migrationmuseum.org

I am on the Board of Trustees of Imece Women's Centre http://imece.org.uk

I am on the board of Research Committee 05 Racism, Nationalism, Ethnicity and Indigeneity of the International Sociological Assocation.