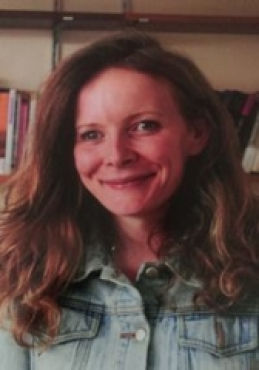 I joined the Open University in 2015 as a Senior Lecturer in Social Policy and Criminology. I am the Discpline Reserach Lead in Social Policy and Criminology, supporting reserach related business and activities within the department. Before that, I was the co-director of Harm and Evidence Research Collaborative (HERC), which is an interdisciplinary, cross-faculty research collabortaive concerned with developing and supporting research projects and papers that think critically about problems of crime, harm and justice.

My research focuses on homelessness in relation to: housing, hostels, the criminal justice system, community punishment, geographical displacement and evictions. I am interested in how society contains and manages homeless groups through these various institutions. Specifically, I am interested in the relationship between the evictions, homelessness and housing markets. I have also studied the relationship between homelessness and mortality, with a critical focus on the lack of meaningful intervention to such an extraordinary phenomenon. I have led on research projects commissioned by homeless charities and local authorities. Prior to working in academia, I worked as a practitioner in housing and homelessness.

Cooper V. and McCulloch, D. (2023, in press) 'Homelessness and Mortality: Extraordinary and Unextraordinary Responses and Interventions', Mortality (In press)

Mansfield, M. and Cooper, V. (2017) 'The Failure to Protect Women in the Criminal Justice System' in V. Cooper, and D. Whyte (Eds.), The Violence of Austerity. Pluto press.

Cooper, V. and Paton, K. (2017) 'The new urban frontier of everyday evictions: Contemporary state practices of revanchism', in  A. Albet, N. Benach.(Eds.), Gentrification as a Global Strategy Neil Smith and Beyond. Taylor & Francis.

Cooper, V. (2014) ‘Gendered Geographies of Punishment’ in V.Canning (ed) Sites of Confinement, European Group for the Study of Deviance and Social Control.

Cooper, V. and Sim, J. (2013) ‘Punishing the Detritus and the Damned, in Why Prison?’ In D. Scott (ed) Why Prison?, Cambridge: Cambridge University Press.

Barton, A. and Cooper, V. (2012) ‘Hostels for Women and Community for Women: The ‘Semi-Penal’ Paradox’ in M. Malloch and G.McIvor (eds) Women Punishment and Social Justice: Human Rights and Penal Practices, London: Routledge.

Lessons from Covid-19: It’s time for a radical approach to homelessness and housing policies (2021)
McCulloch, Daniel and Cooper, Victoria
OpenLearn