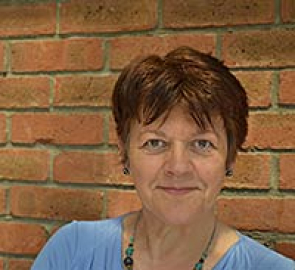 I obtained a M.A. (Hons.) in History from Edinburgh University and D.Phil., (Ph.D.) in Archaeology from Oxford University. Doctoral work was conducted in part at the British School in Athens, funded through a Greek Government scholarship while teaching at the University of La Verne (Athens).

I have been as Associate Lecturer since 1990 teaching Classics and Archaeology and a Research Associate in the Department of Classical Studies from 1997-2000 and 2015- now.

Fellow of the Society of Antiquarians (Scotland).

My research interest rests firmly in the area of the development of metallurgy from the end of the Late Neolithic until the end of the Early Bronze Age in Greece and the Aegean. My approach is interdisciplinary, relating typological and analytical data to contextual, assessing the agency of metals and metalworkers in the shaping of economies, identities and cultures of prehistoric Greece and the Aegean.  Current collaborative research is being conducted with Professor A Sampson of the University of the Aegean, Professor R M Ellam of the Scottish Universities Environmental Research centre and Professor N Skarpelis of the Geology Department of the University of Athens. My current research on the metalwork from Sarakeno Cave, Greece is supported by the Royal Society of Edinburgh.

‘The Role and Development of Metallurgy in the Late Neolithic and Early Bronze Age of Greece’, (2006), Studies in Mediterranean Archaeology and Literature series, volume 122, Paul Astrom Forlag, Sweden.

'The Context and Nature of the Evidence for Metalworking from mid-4th millennium Yali (Nissyros) (2019) with Ellam, R M, Skarpelis N and Sampson A, Journal of Greek Archaeology, volume 4, 1-30.

'An Archaeological and Archaeometric Analysis of Early Metals from Ftelia, Mykonos (2018) with Sampson, A., Skarpelis, N. and Ellam, R. M. in A. Sampson and T.  Tsourouni (eds.) Ftelia on Mykonos, Greece. Neolithic Networks in the Southern Aegean Basin' vol. II, (Athens).

'Maritime Contacts in the Central Aegean During the Late Neolithic I (5300-4800BC) (2018) with Sampson A. in A. Sampson and T. Tsourouni (eds.) Ftelia on Mykonos, Greece. Neolithic Netowrks in the Southern Aegean Basin'  vol. II (Athens)

'The Metal Objects from Manika, Euboea' (2016) in A. Sampson (ed.) Manika- The Early Helladic Settlement and Cemetery' vol. II.

'Sarakenos Metals in the Context of Aegean Metallurgy' (2016) in K. Rosinska-Balik, A. Ochal-Czarnowicz, M. Czarnowicz and J. Debowska-Ludwin (eds.) Copper and Trade in the South Eastern Mediterranean. Trade Routes of the Near East in Antiquity. BAR International serries 2753.

‘The Relationship between Metalwork, Copper Sources and the Evidence for Settlement in the Greek Mainland and Early Bronze Age’, (1983) Oxford Journal of Archaeology, 2/2, 147-180

European Archaeological Association (2014) (Istanbul): Stronger than Waves: Determinants of Contact in the Southern Aegean at the end of the Neolithic and Start of the Early Bronze Age.

World Archaeological Congress (2012) (Jordan): Production, consumption and Analytical Interpretation in the Aegean at the end of the Neolithic.