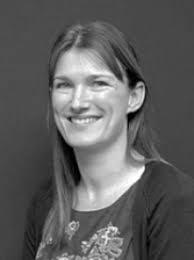 Psychologist Dr Gemma Briggs has been shortlisted for the OU Research Excellence Award for her timely work on driver safety. Here, Dr Briggs describes the research and explains why it’s important.

The ‘Driving Change’ project is all about the distraction that is imposed on a driver when they use a mobile phone. The research that we have carried out is concerned with how a driver’s attention and perception are negatively affected when they have a phone conversation. This is by no means a new research area – psychologists have been considering the impact of phone behind the wheel for several decades – and have shown that a driver’s mental workload can increase to an unmanageable level when they try to multitask. However, our core interest is in hands-free phone use, and the experimental work that we have carried out has provided new explanations for specifically how and why phone use affects mental workload in this way.

One of our main findings is that mobile phone conversation, compared with conversation with a passenger, encourages a driver to create mental images. As the driver is not in the same place as their conversation partner, they tend to picture where they are and what they’re describing. The cognitive resources and brain areas that are needed to create these mental images are the same as those needed for accurate visual perception of the driving situation. This means that there is competition in a driver’s brain, for limited attentional resources. If the phone conversation ‘wins’ the attentional resources, the driving performance deteriorates. The effect on driving of this kind of distraction can be dramatic. We found that drivers could lookdirectly at hazards yet fail to seethem, due to their limited attention. When distracted drivers did notice hazards they took significantly longer to react to them than undistracted drivers, leading to vastly increased stopping distances. Finally, the visual behaviour of distracted drivers was different: they tended to only look at a small area of the driving situation, directly ahead of them, rather than also looking to the sides of the scene. This ‘visual tunnelling’ meant that distracted drivers often failed to notice common hazards such as a child stepping into the road, or a vehicle joining the stream of traffic.

These findings, along with many more from across the world, demonstrate that hands-free phone use by drivers is a significant danger and is certainly not a safe alternative to hand-held phone use. This is an issue that the Transport Select Committee have recently considered in their consultation on phone use by drivers. I was asked to provide expert evidence to the committee, along with colleagues from the Transport Research Laboratory and the RAC. The resulting report from the committee recognised that phone use by drivers represents a significant danger which requires action from government. It recommended, amongst other things, that the government should consider extending the ban on phone use by drivers to include hands-free phone use, and that greater public awareness and education regarding the dangers of phone use is needed.

While an outright ban on phone use by drivers would be inconvenient to many and present significant challenges to enforcement, it would acknowledge over thirty years of research which has emphatically demonstrated that hands-free is no safer than hand-held phone use: distracted drivers are four times more likely to have a collision than those not using a phone. As the number of people killed or seriously injured on UK roads is no longer reducing year on year, action is needed to address such preventable harm.

The 'Driving Change' team are now working on how to increase public awareness and education in this area. We’ve created a short interactive game which demonstrates the distraction drivers experience and explains some of the science behind the distraction. You can try it out.

If you’re interested in learning more about this research, have a look at the following links:

OpenLearn: Hands-free phone tech is dangerous - so why do car firms still promote it?

OpenLearn: In-car technology: are we being sold a false sense of security?