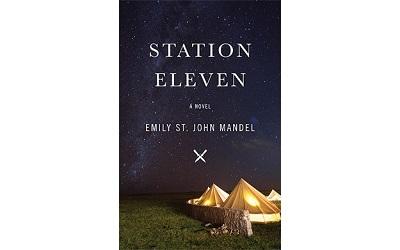 The Institute of English Studies has kindly allowed us to reproduce this work for inclusion in the OU's Arts and Humanities in the time of COVID-19 online series. In this article, we reproduce the work of Sarah Bowers, a novelist and short story writer, and has just begun a PhD in creative and critical writing at The Open University. She is also an Associate Lecturer in creative writing. She loves cricket, home baking, and plagues.

In my early teens a friend of my father’s, a GP and historian manqué, lent me a copy of Hans Zissner’s Rats, Lice and History and got me hooked on plagues. They are terrifying, of course, because, whatever refuges we construct for ourselves from common sense, superstition or scientific advancement, they find us out. They are mysterious, invisible, unpredictable, beyond our control. For all these reasons, they are also exhilarating. They change us. The Black Death hastened the end of the feudal system in Europe by killing off possibly two thirds of the continent’s population. There were simply no longer enough people to sustain such a labour intensive system, and those who were able to work could name their own terms. There is an argument that, had Woodrow Wilson not contracted Spanish Flu in 1919, the Treaty of Versailles would have been less harsh on Germany and deprived Hitler of essential propaganda in his rise to power. We don’t know yet, of course, what long term mark Covid-19 will leave on our world, and it will not be for this generation to judge, but there is no shortage of dystopian iconography to haunt our speculative nightmares. Wells, Wyndham, Atwood, Cormac McCarthy and Kazuo Ishiguro, to name but a few, have offered us blueprints for a world afterwards.

Emily St. John Mandel’s Station Eleven was published in 2014 when I was writer in residence at Lingnan University in Hong Kong, and was inspired by the SARS outbreak of 2003. I didn’t read it then, but Hong Kong was full of reminders of the devastation of SARS, from the moving memorial garden in Hong Kong Park to the medical staff who died in the outbreak to the custom of regularly disinfecting lift buttons, banisters and the hand rails on escalators – anywhere where disease might be transmitted through touch. My local wet market, by contrast, remained a moist and malodorous monument to food shopping habits very different from our own.

I finally read Mandel’s novel during our spring lockdown and found it joyfully unexpected. The dystopian tropes are all there: 99% of the world’s population has been wiped out by the Georgian Flu. The cities have rotted away, there is no electricity, no oil, few medicines, nothing on the airwaves. Certain nightmare images – the plane, for example, which lands safely but from which no-one ever emerges – are seared into the reader’s psyche. A palpable vulnerability haunts the Travelling Symphony as they wagon-train around the Great Lakes area putting on classical concerts and makeshift productions of Shakespeare for primitive and isolated settlements. The novel begins with the spectacular death mid-performance of movie star Arthur Leander who has returned to the stage in the twilight of his career to play Lear.

Yet Arthur doesn’t die of the Flu but of a heart attack. The novel jumps forward almost immediately to eight years after the pandemic and only makes sketchy allusions to the earlier time of mass deaths and social breakdown. Its narrative focus is almost entirely on the time before the plague and the years after it. The world of the Travelling Symphony is peaceful and orderly, resourceful and creative, governed by the rhythms of the seasons and the predictable geography of their limited circuit, and the web of deep and tender relationships that has developed between them. We are left in no doubt that all the novel’s principal characters have seen and done terrible things in order to survive, and we know that everyone has lost someone, but what emerges is a sense of redemption. Not the apocalyptic redemption preached by ‘the prophet’, arch-villain of the piece, and his armed followers. Not the redemption envisaged by the aptly named Miranda on her comic-book space Station Eleven where a rigid caste system guarantees paradise for some, but that which springs from improvising a life in harmony with the planet.

We have given ourselves a glimpse of this, albeit with the advantages of internet connection and well-stocked supermarkets. Remember how we marvelled at the birdsong in our silenced city centres, the wild flowers growing in uncut verges, attracting bees and butterflies? How we have cooked and sewn, sung and danced, played the cello in our gardens and done yoga in the park? Looked out for our neighbours? It is this side of us Mandel taps into in Station Eleven, and which sets her book enchantingly apart from most of the dystopian fictions with which it keeps company. And although I know I probably wouldn’t last five minutes without Netflix or my fridge, I was so seduced by Mandel’s post-apocalypse that when, near the end of the novel, someone reports seeing a glow on the horizon like city lights, it evoked in me a sense of dread rather than relief.