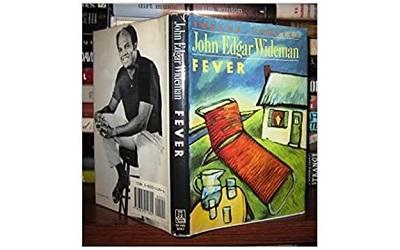 The Institute of English Studies has kindly allowed us to reproduce this work for inclusion in the OU's Arts and Humanities in the time of COVID-19 online series. In this article, we reproduce the work of ​Lindsey Stewart, a Visiting Fellow in the School of English and Creative Writing at The Open University. Lindsey has recently published in the Journal of Victorian Culture and the essay collection Fiction and ‘The Woman Question’ from 1850 to 1930.

In the early morning I run through Beckenham Place Park which is cut in two by the trainline to Victoria. Half-empty carriages click-clack past carrying the remaining few commuters into the city. I have missed reading books in the Victorian manner, sitting in the liminal, quasi-domestic space of a train carriage, cup of tea in hand. In fact, I have really missed travel; just staring out of the window looking at the passing city and landscapes. The park’s countryside experience has been an essential for laptop-fatigued city-dwellers with just a small garden, or balcony, or window. Beckenham Place was once the country estate of John Cator M.P. (1728 – 1806), landowner and shareholder in the East India Company. The grand mansion house was built in the 1760s and is now owned by Lewisham Council. The house boasts a café; and the lake, once the exclusive domain of Mr. Cator, has been re-claimed for wild swimmers.

I am not sure how Mr. Cator died, but in the late 1700s illness might apparently afflict the well-off who were in possession of a too-feeling sensibility, especially after they had read the widely fashionable novella by Johann Wolfgang von Goethe, The Sorrows of Young Werther (1774). Despite initiating a trend which was the very antithesis of bibliotherapy, Goethe’s influence endured in Britain well into the next century: George Eliot was a fan and wrote her name in pencil on the walls of his house when she visited Weimar in 1854. But while this pandemic of sensibility spread across the fashionable salons of Europe, matters were more desperate across the Atlantic, in the nascent United States.

In the summer of 1793, an outbreak of yellow fever struck Philadelphia that was to prove the worst event in its history.[1] Background research reveals that ironically, Philadelphia was the centre of medical research in the USA at the time. The events of this epidemic were recorded by an Irish publisher, Matthew Carey in A Short Account of the Malignant Fever (1793). Local black leaders, Absalom Jones and Richard Allen, thought that Carey’s account of the plague contained derogatory remarks about the black population of Philadelphia and did not give due credit to the black carters (for bodies), grave-diggers and nurses who volunteered during the crisis and organised the city’s lazaretto, many at the cost of their own lives. The published their own counter-narrative: A Narrative of the Proceedings of the Black People During the Late Awful Calamity in Philadelphia (1794), which Carey later used to amend his own account.

All this came to my attention via John Edgar Wideman’s short story Fever (1989). This book has seemed increasingly apposite, showing how the arrival of a fever can quickly turn the city from a vivarium into a hostile environment. It explores the colliding effects of a virulent illness, racism and environmental degradation. Although a harrowing tale, it is also triumphant: the fever does eventually subside. Individual acts of heroism and altruism occur but go unnoticed and uncelebrated. Using a chorus of thirty-five fragmented voices, rather than an over-arching helicopter narrative, the story gives voice to a collective response. The voices come together in a montage which avoids the neat reassurances of linear narrative and leaves a lasting impression of shared trauma.

Wideman’s project was partly to celebrate how definitively the ‘official’ account of the fever was dismantled. Silenced black voices are given prominence, offering their own explanations for the city’s slide into a plague infested wasteland. Some voices blame the city’s moral bankruptcy and environmental degradation. A place where human lives have been sold is surely ripe for a hellish punishment. This description of Philadelphia at the story’s opening captures the fever’s first stage of panic:

Most who were able, fled. The rich to their rural retreats, others to relatives and friends in the countryside or neighbouring towns. Some simply left, with no fixed destination, the prospect of privation or starvation on the road preferable to cowering in their homes awaiting the fever’s fatal scratching at their door. Busy streets deserted, commerce halted, members of families shunning one another, the sick abandoned to suffer and die alone. Fear ruled.

Wideman also shows how the ruling class suggested that immigrants from Santo Domingo were responsible for importing the disease. Simultaneously they promulgated the lie that these same immigrants and others from across the West Indies were immune from the worst effects of the fever, and so they were consequently set to work on the deadly frontline. He conjures up vivid scenes of body-horror and shows how the immigrant poor living and working in the most congested and highly infected areas of the city, suffered the most. One of the citizens walks along the banks of the Delaware in search of some respite from his tireless work but the river’s waters are clogged with the detritus of a city unable to bury its dead quickly enough. Nowhere is free from the putrid stench of decay and disintegration. And tragically, misguided doctors treated the mosquito borne disease with bleeding and purging by means of mercury: a deadly cure.

The epidemiological data which has driven the response to our own crisis, relayed nightly on the news, has either carefully mathematically managed the unfolding spread of the coronavirus or further stigmatised sites of urban poverty, depending on your viewpoint. Without access to green spaces and fresh air, it seems straightforward to surmise that your chances of catching a disease are higher. In Wideman’s tale, albeit charting the response of a city two hundred years ago, the echoes are, at times, weird and uncanny.