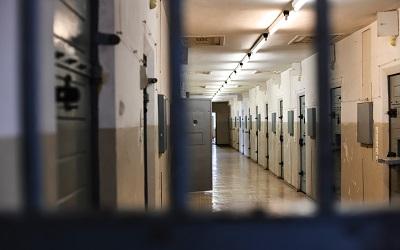 Dr David Scott, Senior Lecturer in Criminology at The Open University and Professor Joe Sim from the School of Justice Studies at Liverpool John Moores University, highlight the impact of COVID-19 within prisons in the UK and the government's failure to act responsibly. This article was published on 11 May, 2020.

On April 4th, the government announced that more than 4,000 prisoners from the near 82,000 inside, were to be released under emergency measures as part of its response to the COVID-19 pandemic. Two days later, on the April 6th, the Prison Governors Association had issued a press release stating it expected the government would release less than half of this original number. Even this estimate may prove optimistic.

On April 27th, it was revealed that only 33 prisoners had been released, including 18 pregnant women or women who were imprisoned with their children in mother and baby units. This figure was less than 1% of the original number proposed for release.  There are at least a further 500 prisoners who have been approved for release or are awaiting a final decision, and the government also announced in early May plans to release a further 450 prisoners early. At the time of writing, it has been confirmed that nineteen prisoner and six prison staff deaths have been directly or indirectly linked to COVID-19 and that there have been outbreaks of the disease in 75 prisons.  Although the official figures indicate that there are 324 laboratory confirmed cases, Public Health England (estimate that there are a further 1,783 probable/possible infections in prisons in England and Wales.

According to the government’s COVID-19 advisers, the most effective way to contain the virus is to reduce the overcrowded prison population by around 15,000 prisoners and adopt a ‘compartmentalisation’ strategy based on single-cell accommodation, cohorting prisoners with symptoms together and adopting shielding measures for 2,000 ‘extremely vulnerable’ prisoners. It is believed following this model completely would reduce the estimated number of prisoner deaths from as high as 2,300 to as low as 100. Yet the government has interpreted this advice very narrowly.

Rather than aiming to reduce the prison population, the government has adopted an authoritarian approach to the crisis.  This has included 23-hour lockdowns; re-opening Medway Secure Training Centre for adult prisoners and building 500 'temporary, single occupancy cells' in nine prisons across the country, including at HMP Littlehey, which has already had a clustering of 3 COVID-19 related deaths in recent weeks.

Given the abject situation in male, local prisons - overcrowding and appalling conditions - and the high levels of distress and trauma, especially in women’s prisons, why has the government not pursued a radical decarceration strategy? The answer is straightforward. Like their predecessors, Boris Johnson’s government is ideologically chained to the delusional belief that a high imprisonment rate equals less crime, at least for the poor and the powerless. Imprisoning the rich and powerful for the harms they commit is not (and has never been) on the state’s agenda.

However, in a country with the highest rate of imprisonment in Western Europe, imprisoning the poor and powerless has neither prevented conventional ‘crime’, deterred individuals from committing crime (as the shocking levels of overwhelmingly male-generated domestic and sexual violence indicate) nor generated feelings of security and safety in the wider population, who are, in George Orwell’s words, living in a ‘fear-haunted world.’

Even in the middle of such a devastating crisis as this pandemic, and despite the mountain of evidence that points to the lamentable failure of prisons to fulfil its stated goals, a golden chance to radically alter penal policy, has been ignored by the government. The idea of an early release programme contradicts every punitive bone in the government’s law and order body. For Ministers, the ‘social dynamite’ detained in prisons, need to be detained for fear of a crime explosion while those regarded as ‘social junk’, such as the elderly, can be left to wait for death to come brutally calling in a fragmented care home system whose apathy towards, and neglect by, the government, and, indeed, by the wider society, during the crisis, has been shameful. Systemic indifference is as deadly a killer as a serrated kitchen knife.

For the few prisoners who have been released, mainly pregnant women, there are two other questions to be asked. First, and most obviously, why were these women in prison. For that, we need to look at the harsh sentencing culture which underpins the discourse of law and order and the punishment of women who step outside of the dominant discourses of acceptable femininity. Second, what policies and structures are in place to protect them from the virus? Will they be able to maintain social distancing? Will they be able to access antenatal and postnatal care? Therefore, even if a fraction of the prisoners who should be freed are released, there are a number of troubling questions to be asked and answered. However, like other areas in this crisis, the silence is deafening.

Not to treat prisoners as human beings, and rise above the degradation that a law and order mentality inevitably brings, risks prisons becoming virus hotspots.

Finally, the traumatic impact of being locked up 23 hours a day for prisoners, and their families, has received little attention compared with the physical impact of the virus. Even if the lockdown is lifted inside and outside, the psychological repercussions will be felt long after it is implemented.

Not to treat prisoners as human beings, and rise above the degradation that a law and order mentality inevitably brings, risks prisons becoming virus hotspots. If that happens, then the intransigent hostility of Ministers towards releasing large numbers of prisoners, will be an unforgivable indictment of a government where political expediency, rather than basic humanity, remains the driving force behinds its policies whatever the human cost.