Young Women & COVID-19: We are not all in this together 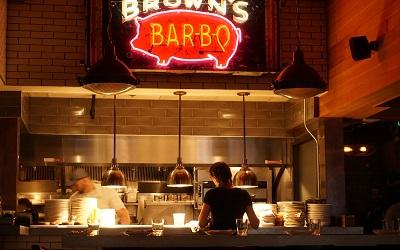 Sarah Hadfield is a doctoral researcher at The Open University in Social Policy & Criminology, she is researching childfree young women’s experiences of temporary employment and how this intersects with financial autonomy to shape their lives. The research is funded by the ESRC Grand Union Partnership between Brunel University London, The Open University and the University of Oxford. Sarah has worked as a Researcher and Evaluator for the NHS and as a Research Assistant at the University of Leicester. This blog was posted on 2 May, 2020.

Childfree young women are not a group we hear much from. Their lack of representation in society and the ways in which they experience the social world remains largely undocumented. This gap, and their absence as a distinct identified group motivated me to research their experiences of temporary employment and financial autonomy. The Institute of Fiscal Studies has highlighted that it is young women’s employment that will bear the brunt of the COVID-19 lock down. The post virus world is rapidly exposing the inequalities of the pre-virus world.

I started interviewing 18-30-year-old childfree young women in temporary employment as part of my doctoral study* to explore living with an income that is temporary. I meet Daisy** who has a degree in the Arts. After volunteering at a charity while at university, her life took a different direction. She’s back at the charity she volunteered with while at university doing three part-time jobs, all on different hourly rates. Daisy has never asked the pay rate when offered the different roles and has never seen a contract. Asking these questions would be awkward and she really wants to work there and is anxious to be part of the team. Nasim works ad-hoc in the family shop, having worked in several childcare facilities before. She emailed me to check she could still participate in the research project having secured a new job while we were arranging a time to meet. While I was conducting the interview, she got a call. The call is not a welcome one, her new employer had withdrawn the job offer, apparently, they are re-structuring, but really, she said “I shouldn’t have asked for more money”. Nasim had said to them “be honest, is it because I asked for more money?”, they replied, “maybe you shouldn’t have asked twice”. Experienced in her field, Nasim had not wanted to start at the bottom of the advertised pay scale. I had met Delilah twice, the second time, a year later, she had taken a new job because it was permanent, she did not want to do fixed term and temporary jobs anymore. Delilah managed to save, inspired by Martin Lewis, the money saving expert, and was living in social housing having been in a hostel after university. Delilah has never seen a contract despite asking HR for one more than once. Delilah works for one of the ‘Top’ UK employers and is working all hours to keep up with the workload.

In my search for childfree young women’s experiences of employment insecurity, I found young women doing exceptionally well in difficult circumstances. However, I also met women who were living in the most insecure positions and their circumstances could change in a moment, reliant on another, an insecure income, and labour market in need of their services on that day I met them. My very specific search for childfree young women’s experiences of employment insecurity, defined, arbitrarily by contract arrangement, revealed that contract arrangements can change, they can be a mystical verbal agreement with no written proof, where if the worker is empowered to ask for more, they can also be ‘let go’ or ignored. Contracts are meant to give us a sense of what our rights are but without the power to call on them, or a structure or resources to fall back on, highlights a life on the knife edge, where asking a simple question, or to see a contract of employment is considered to come with risk. A clear definition of a contract arrangement can tell us something, but not enough to expose the reality of imbalanced power relations, not between an abstract employer or employee, but between human beings exercising their power consciously or unconsciously over others.

COVID-19 has exposed us all to how insecure we are, but how is it for the young women I spoke with and how does the current climate impact on them, their relationships, and their ability to ‘get by’ in the situations I’ve described? Prior to COVID-19, the study was called ‘hidden in plain sight’, drawing on the fact that childfree young women were doing jobs and roles that we interact with: we see them, but we don’t see their income insecurity and that threat of a loss of income they endure. Not only are young women in a position of insecurity, but the sectors that they work in are the first to go in times of uncertainty. The virus is drawing to the surface what we knew but rarely acknowledged in the pre-virus world: we are not all in this together.

**All names are pseudonyms  to protect the identity of participants.

Gratitude is given to all the young women who are participating in the project.