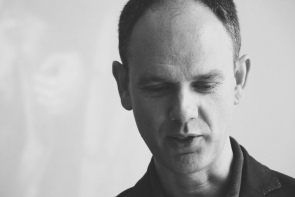 I began my university teaching career in 1997 at the School of Oriental and African Studies (SOAS, University of London), before becoming a Research Fellow in Visual Culture and Media at Middlesex University (2000-2002). There I helped to set up the national curriculum change project, 'Globalising Art, Architecture and Design History' (GLAADH). The project had a lasting impact on more than a fifth of the UK's Higher Education sector, by embedding more global and diverse topics and materials into the teaching of undergraduate degrees in art history.

I held the post of Lecturer in Art History at the University of Sussex (2002-2004), and undertook long-term fieldwork in 2004-2005 focused on art and social agency in Trinidad, Guyana and other locations in the Caribbean (with support from a Leverhulme Early Career Fellowship and Sussex). I have benefitted from visiting fellowships at the University of California in Berkeley, and at Yale.

Before moving to the OU in June 2011, I was Reader in History of Art at Manchester Metropolitan University.

In 2013 I won the Philip Leverhulme Prize, awarded by The Leverhulme Trust 'For researchers at an early stage of their careers whose work has had an international impact and whose future career is exceptionally promising.'

From 2014 to 2015, I held the inaugural position of Kindler Chair in Global Contemporary Art at Colgate University (New York).

My research brings together the politics of art historiography with the philosophy of aesthetics, and new approaches to materiality and geographical space in the social sciences. In particular, I have worked to redefine the intellectual scope of art history as a discipline, with reference to the Caribbean, South Asia and diaspora communities in Europe and North America. I have also shown how scholarship may interact more creatively with art practice, museum and exhibition curating, arts organising, cultural policy, and the public understanding of art.

​Timed Out: Art and the Transnational Caribbean ​(Manchester University Press, 2011) Edited with Øivind Fuglerud Objects and Imagination: Perspectives on Materialization and Meaning Material Mediations: People and Things in a World of Movement, 3 (Oxford: Berghahn Books, 2015) Co-edited by Paul Wood and myself, with Charles Harrison Art in Theory: The West in the World -- An Anthology of Changing Ideas (Wiley Blackwell, 2020) 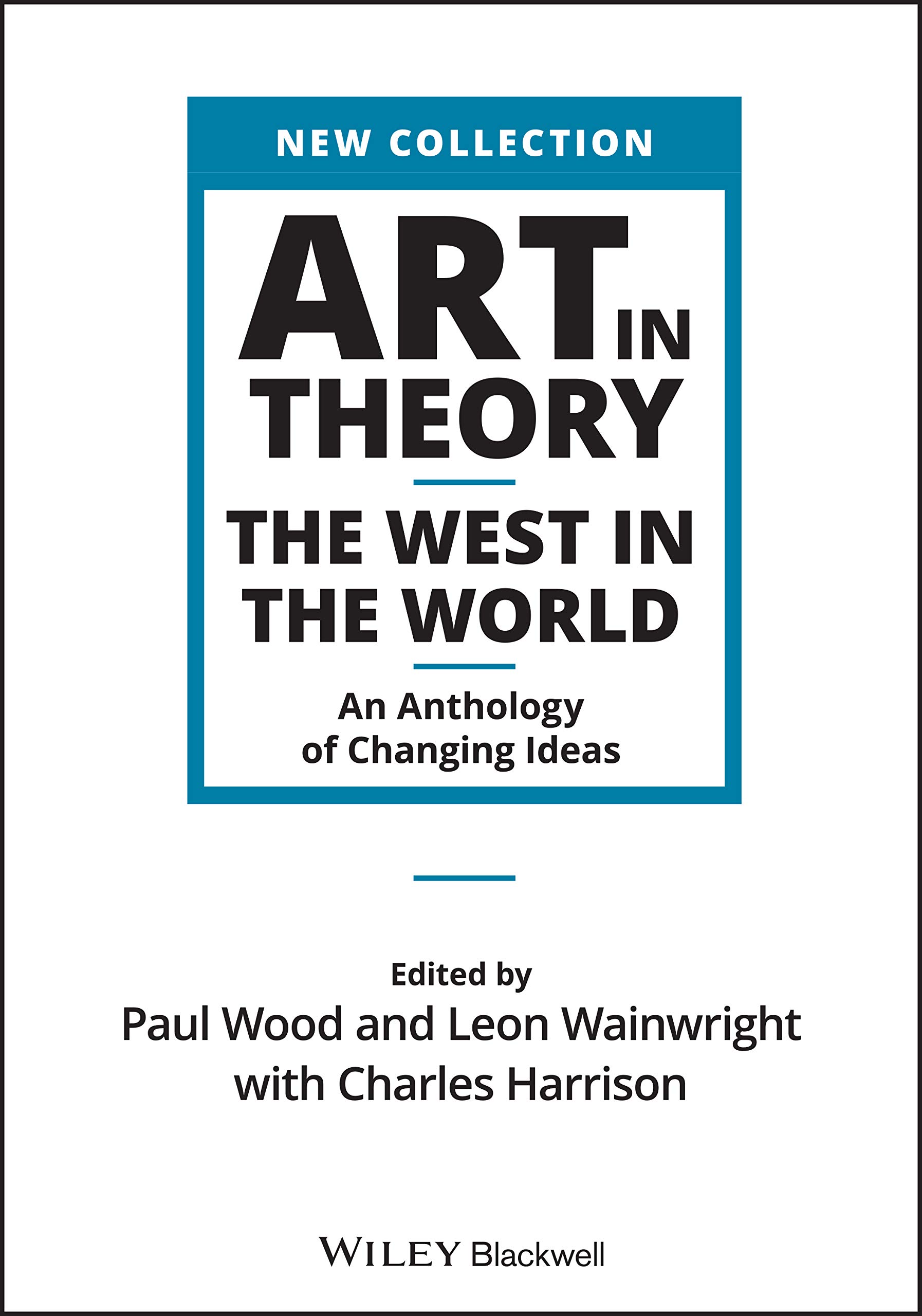 At present I am preparing my third authored book on Spanish, English and Dutch-speaking Caribbean art communities, and co-editing the Routledge Companion to Global Art Histories (with Diana Newall and Grant Pooke).

Together these titles span a range of disciplines and topics, with several lines of inquiry into art in an expanded and interconnected global field.

Much of my published work is the result of major international projects that have run since 2010, with project partners and members in two or more European countries. I have served as Principal Investigator on the following three of these, funded by Research Councils UK/The European Union:

External roles (selected, past and present)

Editor-in-chief of the Open Arts Journal

Board of Directors, Historians of British Art, an affiliated society of the College Art Association (CAA United States).

External Examiner, School of Oriental and African Studies. Department of Art and Archaeology

Academic Visitor, Department of History of Art, University of Oxford

2005-2012 Member of the Editorial Board of the journal Third Text: Critical Perspectives on Contemporary Art and Culture, (Routledge, Taylor and Francis)

Member of the review group for the subject benchmark statement for History of Art, Architecture and Design, the Quality Assurance Agency for Higher Education
(QAA)

Member of the Ferguson Centre for African and Asian Studies, The Open University

I warmly welcome informal enquiries about studying for a PhD in any area that would illuminate new directions for Art History and its cognate subjects.

For my main list of publications under the UK's Research Excellence Framework (a periodic peer-evaluation of research), please go to the PUBLICATIONS TAB ABOVE. Other, supporting published outputs not listed there are as follows:

‘Global Change and Contemporary Art of the Caribbean: Notes on the Futurology of a Sustainable Art Community’, in Nancy Hoffmann ed. 2012 Who More Sci-Fi Than Us? Contemporary Art from the Caribbean, Kunsthal, Amersfoort and The Royal Tropical Institute (KIT), Amsterdam, pp. 80-84. ISBN: 9789460222115

‘The Transnational and the Provincial: Frank Bowing and the Atlantic Divide’, My Guyana to Great Thames: Frank Bowling in Context international conference, Tate Britain, June 1st, 2019.

‘Modern and Contemporary Art of the Caribbean: On and off the “Global Art Map”, C-MAP research programme seminar, The Museum of Modern Art (MoMA), New York, December 5th. 2017.

‘Between the United States, Britain and the Caribbean: Pop as a Register of Provincialism and Belatedness’, international conference, In and Out of American Art: Between Provincialism and Transnationalism, 1940–80, University of St Andrews and the Terra Foundation for American Art, October 27th and 28th, 2017.

‘Bodily Relations and Reciprocity in the Art of Sonia Khurana’, research seminar on Performance Art and the Body Between South Asia and Britain, Paul Mellon Centre for Studies in British Art, London, June 22nd, 2017.

‘Body, Relationality and Reciprocity in the Art of Sonia Khurana’, panel on Bodies of Art: Transgressing Race, Gender and Sexuality, 43rd Annual Conference of the Association of Art Historians, Loughborough University, April 6th-8th, 2017.

‘Writing a Geography of Art for the Transnational Caribbean’, Jamaican Pulse: Art and Politics from Jamaica and the Diaspora, The Royal West of England Academy and the University of Bristol, June 27th, 2016. Invited speaker.

‘Phenomenal Difference: Toward a Philosophy of Black British Art’, panel ‘Diaspora Aesthetics: Towards a Definition’, 42nd Annual Conference of the Association of Art Historians, University of Edinburgh, April 7th-9th, 2016.

‘Timed Out: Art and the Transnational Caribbean’, seminar series, Department of Art History, Theory and Criticism, the School of the Art Institute of Chicago, November 21st, 2013. Invited speaker.

‘Atlantic Positions in Art of the Indo-Caribbean: Casting Shadows and Throwing Light in Suriname and the Netherlands’, Society for Caribbean Studies, annual international conference, University of Oxford, July 4th – 6th, 2012.

‘Creativity, Capital and Collaboration: Art and Innovation in the Caribbean’, Creativity in Transition: Politics and Aesthetics of Circulating Images, international conference, University of Utrecht. May 31st – 1st June, 2012.

‘On Being Timed Out: Art History after the “Global” Turn’, Institute for Social and Cultural Anthropology and the Pitt Rivers Museum, Seminar in Material and Visual Anthropology, University of Oxford. February 10th, 2012.

‘Aubrey Williams and the Temporality of Painting’, Painting the Caribbean, international symposium, University of Essex. May 6th- 7th, 2011.

‘On Being Timed Out: Art History after the “Global” Turn’, Department of Arts Research Seminar Series, University of Northumbria, Guest speaker, March 15th, 2011.

‘Diversity in Practice’, From the Margins to the Core? international conference, Victoria and Albert Museum, March 24th–26th, 2010. Keynote address.

‘In the Aftermath of Painting: Caribbean Transnationalism and Aubrey Williams’, Caribbean Research Seminar in the North, Society for Caribbean Studies (UK) and the School of Politics and Communication Studies, University of Liverpool, January 22nd 2010. Invited speaker.

‘Imaging, Performance and Ownership in the Indo-Caribbean’, Annual Conference of the Association of Social Anthropologists of Great Britain and the Commonwealth, University of Auckland, New Zealand, December 8th -12th, 2008.

‘Varieties of Belatedness in the Story of British Pop’, What is British Art? conference, Tate Britain, October 10th, 2008. Invited speaker.

‘The (Sometime) Value of Anachronism: Art and Time in the Transnational Caribbean’, Open Lecture, The Academy of the University of Trinidad and Tobago, July 1st, 2008. Invited speaker.

‘Aubrey Williams and Entwined Art Histories at the End of Empire’, Mini-series on Art and the Transnational Caribbean, Arts Research Center, University of California Berkeley, May 8th, 2008. Invited speaker.

‘The Art of Black Britain at New Peripheries’, On Whose Terms? Critical Negotiations in Black British Literature and the Arts, Goldsmiths College, University of London, March 13th-14th, 2008.

‘Initiatives for an Outsider’s Art Criticism of the Caribbean’, Arts Education and Societies in Crisis, international conference. UNESCO and The University of the West Indies, St. Augustine, Trinidad. June 27th, 2005.

‘Art and Artists of the Caribbean Diaspora, the 1980s to the Present’, Caribbean Societies in Regional Contexts, seminar, Institute of Commonwealth Studies, University of London, February 17th, 2004. Invited speaker.

‘Art and Artists of the Caribbean Diaspora and the Canon Debate’ Cross-Culturalism and the Caribbean Canon, international conference, University of the West Indies, St. Augustine, Trinidad and Tobago, January 9th, 2004.

Frank Bowling at Tate Britain: Provincialism, Transnationalism, and the Atlantic Divide (2019-08-20)
Wainwright, Leon
ASAP Journal Open-access platform of the Association for the Study of the Art of the Present (United States)

Transatlantic movement and the taste for ethnicity: art and ‘exchange’ between Suriname and the Netherlands (2013)
Wainwright, Leon
Etnofoor, 24(2) (pp. 13-40)

Global change and contemporary art of the Caribbean: notes on the futurology of a sustainable art community (2012-05)
Wainwright, Leon
In: Hoffmann, Nancy ed. Who More Sci-Fi Than Us? Contemporary Art from the Caribbean (pp. 80-84)
ISBN : 9789460222115 | Publisher : The Royal Tropical Institute (KIT) | Published : Amsterdam

The Black Atlantic, Suriname and the Netherlands: challenges for curating and historicising art of the Caribbeah (2010-01-18)
Wainwright, Leon
In: Dölle, Mariette and Jonas, Malka eds. Conversations on Paramaribo Perspectives
Publisher : TENT | Published : Rotterdam

Entwining Caribbean, British and American Art Histories: Trouble at the Turn to the "Transnational" and "Provincial" (2018)
Wainwright, Leon
Post: Notes on Contemporary Art around the Globe. Museum of Modern Art (MoMA), New York