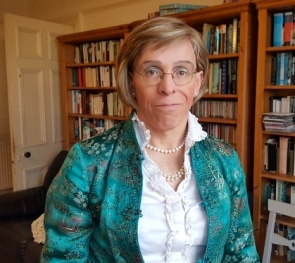 She has published over 100 articles. Her books include:

Sophie Grace wrote Epiphanies with the support of a Leverhulme Trust Major Research Fellowship, 2017-2020. Some idea of what it is about can be gleaned from here: https://podcasts.apple.com/gb/podcast/epiphanies-experiences-and-ethics-sophie-grace-chappell/id1151965239?i=1000485619138

Sophie Grace is now pursuing a number of different writing projects, mostly on the ethics of virtue. The biggest thing she is currently engaged with is a new book: Trans Figured: How to survive as a transgender person in a cisgender world. A sneak-peek at some of the things that she hopes to say in this can be found here: https://iai.tv/articles/does-consciousness-have-a-gender-auid-2033?_auid=2020

Sophie Grace Chappell was Director of the Scots Philosophical Club 2003-2006, a Governor of the British Association for Counselling and Psychotherapy 2012-2018, and Treasurer of the Mind Association 2000-2021. Since 2021 she has been Executive Editor of The Philosophical Quarterly. She is a member of the REF Sub-Panel for Philosophy 2022.

Sophie Grace Chappell is apparently the first openly transgender philosophy professor in the UK; she transitioned in autumn 2014. She has no objection to having her work from before her transition cited in her previous name.

She likes cycling, skiing, ski-mountaineering, hillwalking, and climbing (but not falling off) [PDF, 66 KB]. She is a member of the Scottish Mountaineering Club, with over 50 FWAs to her name. https://www.ukclimbing.com/user/profile.php?id=191896 She has translated some of the works of  Aeschylus, Sophocles, Virgil, Horace, Catullus, and Rilke into English verse, and is engaged in long-term projects to translate the Iliad and the Divina Commedia. She dreams of some day being good enough at the piano to be heard in public. She is married with four children, and is a long-term member of All Souls’ Episcopalian Church, Dundee.

Some of her published and in-progress work is available online: https://open.academia.edu/Sophiegrace

Some examples of Professor Chappell's published and late-draft work in philosophy are available on her  Publications page.

Lucy Fay Manning, "Logical atomism in the Theaetetus and the Tractatus"

James Leigh, "Schopenhauer as educator in the thought of Nietzsche and Wittgenstein"

There is no area of philosophy that Sophie Grace Chappell is not interested in teaching, though she is probably not the Go-To Person for philosophy of quantum physics.

She is an Open University course author on

A222 (Philosophy of religion)

A333 (Philosophy of narrative art)

Sophie Grace Chappell gives frequent talks in schools and public philosophy clubs and other such forums, both in Britain and elsewhere: for example at the Barnes Philosophy Club (at least when she doesn't stand them up), at the Pinner Philosophy Group, at Chigwell School, at Wellington College, at How The Light Gets In, and at Harris Academy. She also gives the sermon in her church sometimes, and on one occasion in Magdalen College Chapel, Oxford.

She is always happy to consider invitations for further banging on and sounding off in public.