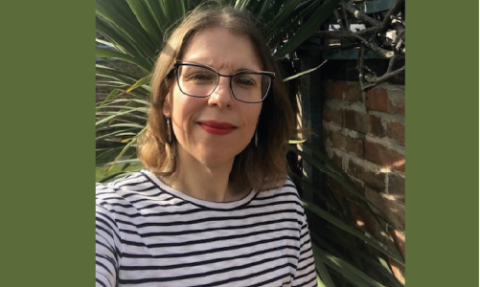 Dr Donna Smith, Senior Lecturer in Politics, has been awarded the Jennie Lee Prize for Outstanding Teaching by the Political Studies Association (PSA).

Awarded for outstanding teaching at a UK HEI, and for contributions to the wider scholarship of teaching and learning in the discipline of Political Studies and International Relations, the award was announced at the annual PSA Conference held at the University of York in April 2022.

The panel of judges were unanimous in agreeing to award the prize to Dr Smith, noting that her “credentials for this prize are extremely impressive. In addition to being an excellent teacher in her own right and supporting the teaching programme at her own institution, Dr Smith has made much wider contributions to the advancement of teaching, [publishing] important work on the pedagogy of her discipline, and on other teaching-related issues – notably the challenges faced by students with mental health disabilities. The judges were also impressed by Dr Smith’s central role in the ‘Changemakers’ project during the 2020 Parliament Week, which impacted upon students well beyond her own institution.

The judges further noted the crucial role played in recent years by Dr Smith as co-Chair of the PSA’s Teaching and Learning Network – a period in which the network has become substantially stronger and provided vital support to many colleagues during the early stages of the pandemic. For all these reasons and more, Dr Smith is a very worthy winner of the Jennie Lee Prize.”

On receiving her award, Dr Smith noted that she “would like to thank the Political Studies Association executive and judges for awarding me the Jennie Lee Prize for Outstanding Teaching.

“It means a lot to me as an academic at The Open University, as the inspirational Jennie Lee is obviously well known for the key role she played in the foundation of the OU in the 1960s. This award is based on my Changemakers project, designed with OU Politics students, which sought to engage OU students, students from other HEIs and schools, and the wider public, in making a difference by learning about political and democratic engagement.

I would like to thank all of the students who contributed to this work, as well as our partner UK Parliament and the PSA for helping to fund it through the Research and Innovation Fund.”

Details of the PSA Awards and winners can be found at the PSA website.