What is Open Politics?

Open Politics is a student-focused initiative which aims to:

The three main areas of activity we are currently working on are:

Our ambition is for Open Politics to be student-led, with OU POLIS academics and students working in partnership to further the ambitions and interests of students, promote the study of and interest people have in politics, and create better links between the OU and UK political institutions.

All about 'Changemakers' and UK Parliament Week 2022:

In 2020 we launched our ‘Changemakers’ social media campaign, part of our partnership with UK Parliament Week. 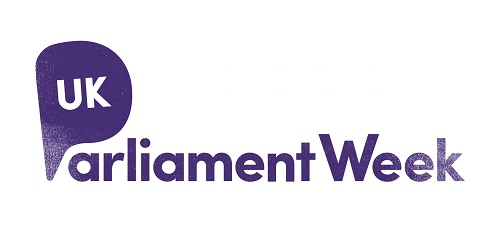 This campaign, designed with students as partners as part of ‘Open Politics’, engaged Open University students and the wider public in making a difference by learning about political engagement. The campaign asked people to think about individuals who’ve made a change in society and the impact they've had (politically, democratically, socially), with people submitting their nominated changemaker on Twitter (search #OUatUKPW on twitter to see the submissions).

We have built on our partnership with UK Parliament Week, and the work undertaken so far by ‘Open Politics’, with two fantastic resources for UKPW 2022:

The Changemakers guide [PDF] to making change through engaging with the UK Parliament.

The free OpenLearn course ‘An introduction to making political and social change’, which builds on the above guide, but also includes content on working with the Scottish Parliament, Welsh Parliament, and Northern Ireland Assembly.

The resources encourage people to engage with the different parliaments, as well as politics more generally, giving people the essential knowledge and tools needed to make change.

In these resources we have highlighted some of the changemakers nominated by OU students and the wider public. We hope they will help you understand how you can be a changemaker, with the nominations an inspiration to making change, whether big or small.

Read more about UKPW via the UK Parliament Week website.

We were thrilled to receive positive feedback about Changemakers from Sir Lindsay Hoyle MP (The Speaker of the House of Commons) and The Rt Hon the Lord Fowler (The Lord Speaker to 2021), who said about our work in 2020:

“This year, UK Parliament Week reached almost one million people. I think this is a number that should be celebrated throughout the nations. I am delighted to hear that your energy and enthusiasm for UKPW has helped Changemakers become such a big and inspiring project. The collaboration video, joining up Changemakers and UKPW, has had a fantastic effect, engaging OU students and many more across the higher education sector and beyond. The UK Parliament Week team look forward to working with you again next year to build on this successful collaboration and make both #UKPW and #ChangeMakers bigger and better. I believe that together, we can make a mark and bring the people together to talk about what matters to them.”

During UK Parliament Week 2021, we hosted a special event to launch the Changemakers guide, which was created in collaboration with UK Parliament and the Political Studies Association. Learn more about the guide and how it can be used to make political and social change with these highlights from the launch.

This OU Politics event celebrated the recent 70th anniversary of George Orwell’s 1984 whilst also considering the legacies and future of authoritarianism. The panellists, which included authors Dorian Lynskey and D.J Taylor, discussed 1984 and modern parallels, 21st century authoritarianism, the impact of the media and what this means for democracy. Students sent in questions on the night.

Fancy watching again? Or couldn’t make the original date? You can catch up here.

Do you agree with the interpretations of 1984 presented in the webinar? What are your own thoughts on the future of authoritarianism: are countries/leaders/politics becoming more authoritarian? Is it just a ‘right wing’ issue? Is democracy under threat?