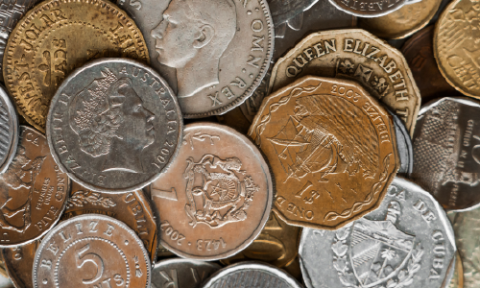 A recent talk by OU Professor Peter Hegarty, Co-Director of the Open Psychology Research Centre (OPRC), uses the newly minted King Charles III coins as an introduction to left-to-right asymmetries in the arts, written word, and sciences – and the significance of the ‘spatial agency bias’.

The coins, which entered circulation in December 2022, show Charles facing left, in contrast to coins with the late Queen’s image facing right. While alternating the orientation of the monarch is a tradition dating back to the 17th century, it provides a talking point to discuss Peter’s research into how gender stereotyping could be pervading information we take in every day.

The 30-minute talk, ‘How is King Charles III Looking Forward Now? The Embodied Imagination of People and Events from Left to Right’, examines the influence of learning to read and write from left-to-right (in English, for example) or right-to-left (in Hebrew or Arabic, for example) on our visual perception, attention, and imagination.

Peter drew on his research exploring the Spatial Agency Bias (SAB) – the tendency to imagine groups stereotyped as more “agentic” (such as men) first, ahead of groups stereotyped as less agentic (such as women). One of the most obvious ways this bias can be seen is in Western art – think of an image of a King and Queen, or of Adam and Eve, and the man will more likely be on the left, visibly seen to be leading the image to an eye trained to read left to right.

While our attention is drawn to this bias through the once-in-a-generation change of monarchy, or by a fine art rendering of the garden of Eden, it is perhaps more meaningful when it becomes apparent in a scientific setting. Peter describes how he found that psychologists’ research publications show a strong preference to tabulate and graph gender differences with men’s and boys’ data on top of, or to the left of, women’s and girls’ data.

Peter does not draw any easy conclusions about expression of ingroup gender bias from this finding. Historically, graphs were arrayed the same way regardless of the gender of the research paper’s author. Advice for drawing bias-free graphs and tables, citing Peter’s work has featured in recent editions of the Publication Manual of the American Psychological Association (APA). In his talk Peter also tells us what the impact of that advice has been on the ways that psychologists now graph and tabulate data representing gender differences.

The talk is available to watch online via YouTube, and more about Peter’s research can be found on his OU people profile . His latest research on the impact of the APA’s advice will be published later this year in Feminism & Psychology.