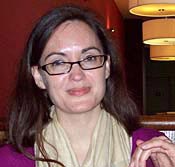 I graduated from King’s College, London with an English degree and MA in 19th Century Literature. I followed this love of plot to work in feature film production before seeing the light and pursuing writing full-time. I attained a distinction from the UEA Creative Writing MA. My PhD project is focused on the world of boxing, a novel set in the 1950s and a critical work that will consider the connections between boxing and the construction of a narrative. I was going to write this novel anyway but I am really looking forward to doing it in the context of the PhD, the chance to discuss work with other writers, and to making the researches and reflective processes visible. I recently used my baseline funding to develop my short story writing skills by attending a Faber Academy weekend course and was subsequently fortunate enough to win the Bristol Short Story Prize 2011. 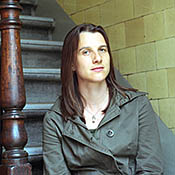 I am writing a novel, set in Elephant and Castle in south London, which spans from the Second World War to the present day. The novel, and the accompanying critical commentary, will explore the temporal and spatial nature of ageing. My intention is to disrupt contemporary assumptions about, and representations of, ageing in relation to urban, domestic and institutional space, and investigate age-prejudice in relation to our fears for the future, and our negotiations of our past, present, future and imagined selves. I will explore ideas of loss, death and mortality and how these relate to concepts of narrative, linearity and the idea of an 'ending'.

I have two novels, Ten Things I’ve Learnt About Love (2013) and Before The Fire (2015), both published by Picador in the UK and translated into several other languages. I have a BA in English Literature from St Catharine’s College, Cambridge; an MA in Creative Writing from the University of East Anglia and an MSc in Urban Studies from University College London.

I have worked in literature development since 2001: as a literature development officer in Leicester; a youth literature worker in Tower Hamlets, London; and as a freelance practitioner since 2006. I have developed a socially-engaged writing practice with a focus on place and urban change. Recent writing residencies include writer-in-residence on the Central line; at Great Ormond Street Hospital; a digital residency for The Secret Garden Project; and Tideline – a public art project linked to a major regeneration project in Belvedere, East London.

My PhD is a novel entitled Montreal, exploring the explosive tensions among a group of European students working at a summer camp in Maine. My critical dissertation will examine the ways in which the trauma narrative can be merged with the bildungsroman to offer an innovative new approach.

I have an MA in English Literature from Edinburgh University and an MPhil in Publishing Studies from Stirling, after which I began my working life as an assistant editor in film, media and cultural studies at Routledge. For the last 15 years I’ve worked as a freelance copy-editor and proofreader, mainly for arts festivals in the UK and Ireland.

I’ve been writing seriously since completing an MA in Creative Writing at Goldsmiths in 2002. My short stories have appeared in newspapers and journals in the US, the UK and Ireland, and my story collection Marriage a la Mode was shortlisted for Salt Press’ Scott Prize in 2013, while my first novel, The Fault Line, was longlisted for the Bridport First Novel Award in 2015. Since 2008 I’ve been an Associate Lecturer in Creative Writing at the Open University. I’ve long harboured ambitions to embark on a PhD in creative writing, and my new novel project has finally given me the opportunity. 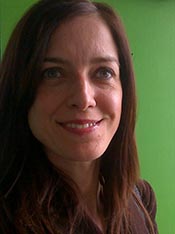 My PhD project, The Other Mothers, uses creative life writing to explore the hidden lives of mothers through adoption, surrogacy and egg donation along with their 'silent partners' – birth mothers, surrogates and egg donors. The project is situated in the context of contemporary life writing, including women’s life writing, multi-subject biographies, writing about living subjects and unknown subjects, and writing interweaving biographical and autobiographical elements.

The critical investigation will explore the traditions of life writing, ethical and methodological issues, interdisciplinary connections, the nature of truth, and debates around creatively transforming life into literature.

I worked for many years in the charity sector before deciding to pursue my love of writing with the MA Creative Writing at Manchester Metropolitan University, for which I received a Distinction, and which led to the publication of my debut novel, Marilyn and Me, narrated by a young woman with a learning disability who models herself on Marilyn Monroe.

Successes include a short story, Hang Up, shortlisted for The Bridport Prize, and I have also published young adult fiction – Boy Red, narrated by sixteen-year-old Red, who finds out he was conceived by a sperm donor, and XY, a dystopian story set in a world where babies are born neither male nor female.  Much of my writing explores recurring themes of difference, identity and belonging, themes which I expect to feature heavily in my PhD life writing.

My PhD is a contemporary novel entitled, When I Am Laid In Earth. A woman is murdered, but this crime is not the focus of the story; the three very different men in her life must learn to live in a divided town without her and with each other. My critical study will consider the ways in which other authors use crime as a plot element to seize the reader’s attention and drive the narrative forward in order to tackle far wider issues.

The road to this PhD has been circuitous. After graduating with my first degree in Fine Art, I had a variety of jobs from rag-rolling kitchens to shop display, statue restoration, and working with older people running creative and reminiscence sessions. I had always written fiction and by 2004 some of it was beginning to be published. In 2006 I began work for the Open University as an Associate Lecturer in Creative Writing. I completed my MA in Creative Writing at Manchester Metropolitan University in 2010 where I won the Michael Schmidt Prize. My first novel, Amelia and the Virgin was published in 2011 by Pewter Rose Press. 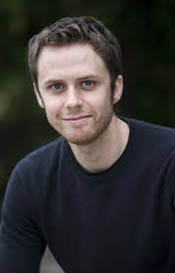 The critical element of my PhD will focus on the act of remembering, and how it might be disrupted and distorted.  What happens to a memory when we forget the language in which it was stored?

I am finding the experience of writing in academia to be very stimulating, especially observing how various disciplines (anthropology, oral history, psychoanalysis) might challenge and inform my fictional concerns. 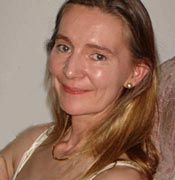 I studied English Literature followed by a PGCE. After teaching English I moved to Vienna and worked as an editor for an international organization. I became Austria correspondent for the ‘Irish Times’, writing about arts and politics.

I have also lived in Asia, Scandinavia, Germany, Switzerland and Russia, where I worked for the ‘Moscow Times’. After bringing up two children, I decided to develop my lifelong interest in creative writing. I joined a writers’ group in Moscow and completed an advanced fiction course by distance learning with the Open College of the Arts. This gave me the background and confidence to apply for the MA in Creative Writing at Lancaster University. I now have a full-time PhD studentship with the Open University and am writing a novel set in 1960s Ireland. The funding has enabled me to carry out research in Ireland and attend the Yeats Summer School and the Tyrone Guthrie Centre. In the summer of 2011, I was awarded a writer's residency at the Heinrich Böll cottage on Achill Island.

My supervisors at the OU have encouraged me to step beyond my comfort zone, to use different voices and examine how skilful use of point of view is an integral part of moving the plot forward. It has been a challenging time and illuminating. Thanks to the research degree I am growing in scope and confidence as a writer. 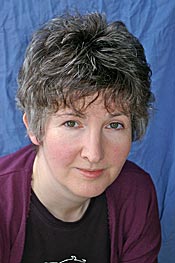 I began my first novel as part of an MA in Creative Writing at Lancaster University, (Magdeburg, published in 2010 by Lagan Press), so when it came to thinking about my next project – an historical novel set in late 17th Century Edinburgh – it seemed like a good idea to develop it into a PhD proposal.

As a writer of prose fiction, I’ve always felt a certain pressure to think about the commercial viability of my work: the PhD has been a welcome opportunity to put those sorts of considerations to the back of my mind. It’s been a way of giving myself space to focus on the work itself, and to better understand my own process.

One of the great things about the PhD is that I suddenly have access to all sorts of interesting events. For example, I’ve been along to a study day at the British Library aimed at helping new research students get to grips with the collections there. I’ve also presented a paper at the Great Writing conference organised by Bangor University, and was part of a panel for the 2010 NAWE (National Association of Writers in Education) conference, alongside my supervisors. 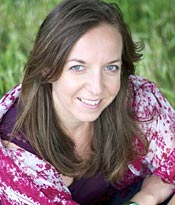 I studied English at St Catharine’s College, Cambridge and Creative Writing at the University of East Anglia (MA: distinction). Following graduation from UEA in 2004, I have combined teaching with writing, and have worked for various British and US universities, including the OU, City University and New York University in London. My writing career has provided me with rich and varied opportunities, from writing fellowships in New York and Armenia to running workshops in East London schools.

I have won various prizes for my writing (including an Arts Council Award and a Royal Literary Fund Bursary) and have been shortlisted for various others (including The Asham Award, International Fish and Wasafiri Prize). My short fiction has been published in literary magazines in the UK, USA and Ireland.

My practice-based PhD at the OU will provide me with a privileged opportunity for professional development - both as a writer and as a teacher. I am looking forward to working on inter-related fiction and non-fiction pieces. My research will centre on first-person narratives from the perspectives of characters with learning disabilities, thus allowing me to combine two of my great passions: creative writing and disability rights.

My PhD looks to develop contemporary theory and practice on the idea of ekphrasis. I am particularly interested in writing poems in response to modern art, especially paintings characterised by obscurity or apparent emptiness – such as the late work of Turner and Rothko. Taking into account postmodern criticism, I am also examining the dynamic interaction between the poet and the image, and how visual, poetic and critical registers might work alongside each other. My plan is for this to lead to a full poetry collection and critical monograph. My supervisors are Siobhan Campbell and Jane Yeh.

I am one of the rare individuals who has already completed a PhD. This was in English at the University of Manchester. My thesis focused on the feminine sublime and the sacred, and was supervised by Professor Terry Eagleton. I graduated, more recently, with an MA (Distinction) from the same university in Creative Writing. I have a pamphlet, Nullaby, published by Eyewear (2017). I have been shortlisted for the Bridport Prize, and my poems have appeared in several magazines, including Ink, Sweat and Tears, Agenda, The Reader, Iota, and Brittle Star. I also write scholarly articles on poetry and creativity.

I have taught Arts and Humanities modules at the Open University since 2008, and I have worked as an Associate Lecturer at the University of Manchester, University of Salford, and the MMU. Research into the teaching of poetry in Higher Education has resulted in a HEA Fellowship.