What Our Students Say

‘The CDs and big red book are excellent at guiding you through with a wide range of authors talking about their work.’ (Student comment from Course reviews website).

Students testify to many gains from studying our modules – from publication to extensive transferable skills such as livelier and more eloquent writing in other academic subjects; increased confidence in using IT, an ability to work as a team. Many students comment on the way the modules increase their skills as readers as well as writers, helping them to appreciate literature in a deeper way and to understand the skill that is needed to write effectively in different genres.

Our students sometimes go on to take MAs in Creative Writing or to pursue careers in teaching or publishing. See below for some individual stories about how certain students have developed their writing and careers by taking the modules. 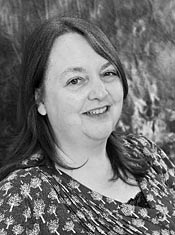 I wanted to thank the Open University for the outstanding tuition and wonderful materials provided on A215 Creative writing. The course was a massive undertaking, especially as I was also bringing up five of our six children, but my writing improved in leaps, spurred on by feedback from my tutor. I managed a distinction overall but was still wrestling with short fiction.

I built on my successes with A363 Advanced creative writing. The tutor was incredibly encouraging, pushing my writing further and I wrote a novel opening for my final project with her support.

I went on to study an MA and the novel opening was extended into a book which I put into the inaugural novel writing competition run by Mslexia. It was a runner up, attracted an agent, and last year she sold my novel, with the sequel and a third book, to a new imprint at Random House/Ebury called Del Rey UK. The book is titled The Secrets of Life and Death and is an urban fantasy/historical novel with a theme of John Dee's work in necromancy and sorcery. It comes out on the 10th October 2013. 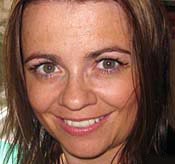 Carys Bray enjoyed the creative writing modules which formed part of her OU degree in Literature so much that she went on to take an MA in Creative Writing at Edge Hill University, where she won a short story competition in 2010. she says “Eventually, I would like to teach for the Open University. I think of myself four years ago, a harried mum embarking on a 10 point writing course, and I feel immeasurably grateful to the OU for introducing me to the pleasure of writing. It would be fabulous to be a part of providing new OU students with the same life-changing experience.” 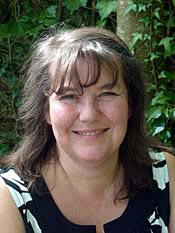 I loved doing the OU’s creative writing courses. They really spurred me on to push my creative and personal boundaries, and showed me how I could achieve what I wanted to achieve. Pieces I wrote during the courses have been published in anthologies and in various magazines including The Rialto, Smiths Knoll and Envoi.

But it’s not just the writing success that I value. One of the reasons why A215 originally appealed was that I’m quite a shy person, and the distance learning delivery meant that I wouldn’t have to actually talk to people much. But being part of the OU’s supportive community of fellow students and writers changed me: I found I wasn’t scared of talking to people any more.

Now I do poetry readings, run poetry workshops for primary school children  – and my first poetry collection Candling the Eggs is about to be published by Cinnamon Press in February 2011. Pretty life-changing, really! 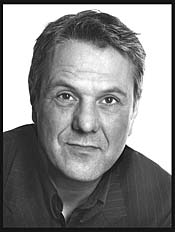 Studying creative writing at the OU was enormously satisfying.  It offered me the opportunity to look at the nuts and bolts of my own writing and play around with forms that I hadn't previously considered. The critiquing of other people's work and the more academic reflective commentaries were invaluable, enabling me to look at my own work with a critical and forensic eye.

Since finishing the course I’ve had short stories published, most recently in GUTTER, a well-regarded Scottish literary journal. These stories began life as writing exercises that were part of my OU course.  I’ve completed two full-length plays, one of which I hope to see produced by the end of 2010.

Last September I was awarded a scholarship by TV Production giants SHED MEDIA to study a full-time MA in TV Fiction Writing at Glasgow Caledonian University. It’s a unique, industry-focused, industry-supported course with the promise of representation by a highly reputable writers' agency at the end of it.

Without the OU’s creative writing courses, and in particular the sections on drama and film in the advanced course, I would certainly not – at the age of 49 – have had the confidence to pursue a writing career. 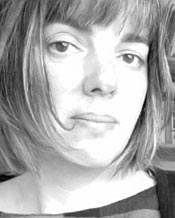 I can't point to an exact moment when I became a 'creative' writer, but A215 was certainly formative in this - the module helped me to find my voice and gain the skills and confidence to progress. Since taking the module, I have been published by Mslexia and The Scotsman and this year I won a national short story competition. I am nearing the end of an MA Creative Writing and have recently embarked on a six-month scheme with the Faber Academy in London to work on my first novel. Writing is now central to my life. 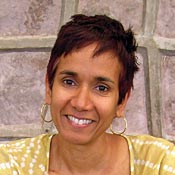 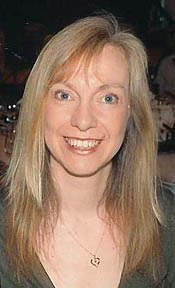 Storytelling has always been with me, a distraction, a rubber ring in a sea of uncertainty. My early life was spent in Africa, where I learnt both freedom and fear, clinging on to my big sister’s hand as we journeyed barefoot through childhood. While we waited for the sound of bullets during the Zimbabwean civil war, we stripped down our stories, reassembling and polishing them.

Studying creative writing with the Open University has given me the opportunity to chisel, sculpt and perfect my writing craft. I particularly liked the structure of A215 Creative writing, its logical flow: introducing and explaining a topic clearly, demonstrating it in an extract and then… the opportunity to have a go. My tutor encouraged me to explore new forms, forms that I hadn’t considered. Through my fellow student writers, I learnt to appreciate and experiment with other genres.

Whilst studying A363 Advanced creative writing, I rediscovered my love for radio plays; again my tutor encouraged me to find my own voice. I have met some wonderful people through the OU, who share my passion for writing.

I have recently won first prize in the 2012 International Life Writing Competition, run by The Society of Women Writers and Journalists (SWWJ). I wrote an autobiographical piece called Black, White and Shades of Grey. It was about the transition when I moved from Zimbabwe as a teenager to England. In this piece I used techniques learnt from my creative writing courses with the OU. I won £3,000 which was nice but what is wonderful is having a piece acknowledged. There were entries from all over the world, some as far as Japan and Australia. It was fantastic to meet so many established writers at the presentation. Lady Sandra Howard, who has written four novels, gave a speech. Judy Astley who came second, is author of a dozen novels. SWWJ have published my winning life writing piece in an anthology, along with the other winners on Kindle.

I have been accepted to study an MA in Professional Writing at Falmouth University. This will allow me to continue to study and develop my writing techniques, work on my portfolio in another distance learning environment and hopefully become professional.