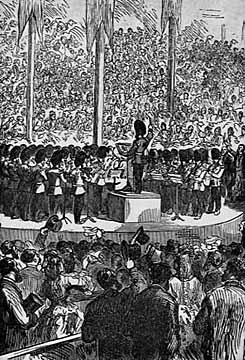 This project is sponsored by the Arts and Humanities Research Council of the United Kingdom. It runs from December 2009 to November 2012. The principal investigator is Professor Trevor Herbert and the research fellow is Dr Helen Barlow, both of the Open University.

In the nineteenth century, the British military sponsored music in two main ways: it employed many hundreds of band musicians, and from 1857 it established a sophisticated school of music: the Military Music Class (later called the Royal Military School of Music). This had the express purpose of training instrumentalists and musical directors. It was the most important and successful British music education institution of the nineteenth century and was unique in focussing exclusively and decisively on training musicians to be professionals.

The establishment of the school was deeply controversial because up to that time all military music was sponsored privately, usually by a subscription levied on officers. The bands so formed acquitted ceremonial functions and as such were important in the portrayal of patriotic nationalism, but their repertoires make it clear that their primary role was social: they provided an important cultural ingredient for the officer class and the social orbits in which they moved. The bands were ubiquitous throughout the British Isles and the colonies, and provided what was by far the largest network of professional musicians. Irrespective of their musical and social function, they constituted such a large group that the manufacturing and retailing infrastructure was dependent on them to a very significant degree. The Military Music Class was resented because military bands were perceived by the officer class as an exclusive property. Initially, all regiments were expected to sponsor the school, but in little more than a decade it began to be funded directly from the military purse. 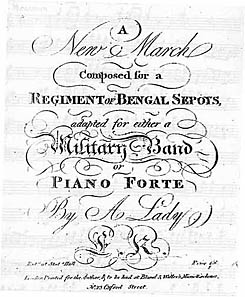 The school was the best musical training institution in Britain : it had a clear focus and exercised the highest standards. Boys were recruited from feeder schools for training, and it was not long before British bandmasters started to replace the foreigners who were so favoured by officers in the earlier part of the century. The establishment of the school marked an important moment of change in military music culture. The military continued to be the main source of professional wind, brass and percussion players (as it did for much of the twentieth century); but within the military world, the growth of large-scale ceremonies in which massed bands were prominent led to a repositioning of the image and reception of military music and its purpose.

Because there has been no systematic evaluation of the broad range of primary source data, and because the few secondary sources have insufficient veracity or breadth of purpose, the subject has little account in musicology. As such the general histories of British music in the period are incomplete and lacking the strand which touched most people in the period. The aim of the project is to create a greater and more accurate understanding of military music in the period, and to explain it in terms of its relationship to wider orbits of art and popular music. In so doing, it will offer a radical and significantly revised approach to the understanding of nineteenth-century British music history.

Aims of the project 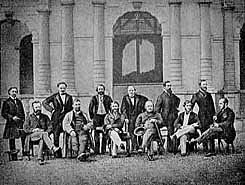