Hosted by: The Open University 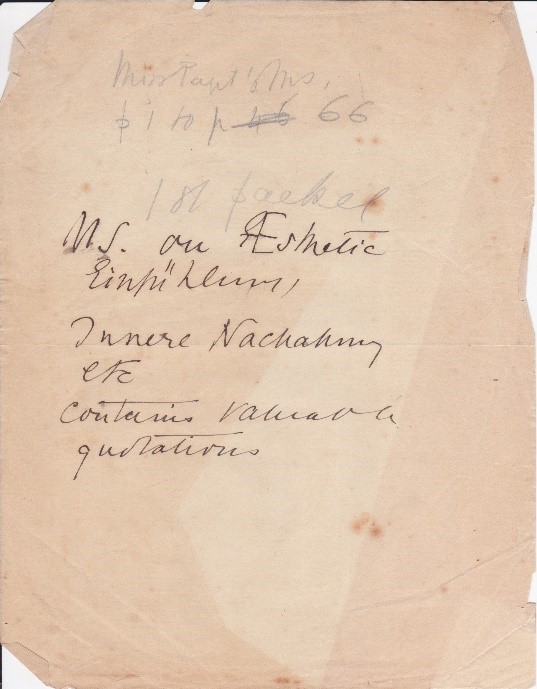 Vernon Lee was the penname of Violet Paget (1856-1935). She has been best known for her contributions to supernatural fiction, such as Hauntings and Other Fantastic Tales (1889), and For Maurice, Five Unlikely Stories (1927). However, with the rise of interest in empathy, her work on aesthetics is enjoying somewhat of a revival. She, together with her partner Clementina ‘Kit’ Anstruther-Thompson performed several empirical studies concerning viewers’ reactions to visual art. She also made cogent criticisms of German aesthetic theories of Einfühlung in Beauty and Ugliness (1912), attempting to refine the theory into acceptable form. Lee closely followed this with The Beautiful: An Introduction to Psychological Aesthetics (1913), Music and Its Lovers: An Empirical Study of Emotional and Imaginative Responses to Music (1923) as well as collaborating on, editing and introducing Anstruther-Thomson’s Art and Man: Essays and Fragments (1924). As well as being an inheritor of a nineteenth century German tradition, she can be seen as a precursor of Formalism and an influence on current aesthetic theory via her work on empathy. Papers are invited on all aspects of her work in aesthetics.