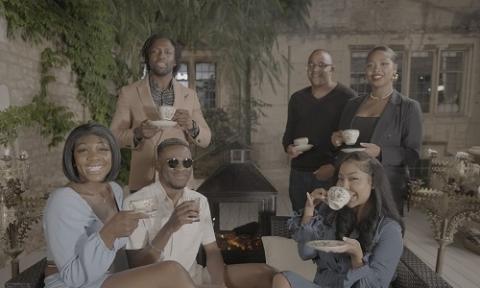 Broadcast on 23 and 24 February on BBCTwo at 21:00, new two-part OU/BBC series We Are Black and British explores the issues and debates around being black in Britain from a unique perspective.

Six black Britons from very different backgrounds and viewpoints come together under one roof, at a time when race and racism in the UK has sparked a nationwide discussion about what needs to change. Including a political commentator, security guard mother of two, drill rapper, university professor, NHS doctor, and litigation contractor, each has a deeply personal story to share about an event that proved to be a seismic moment in their life.

Grappling with tough, unsettling and emotional questions about being black and British – from black-only workplaces to finding love and being mixed race - they confront their differences, hoping to find answers from each other and from those influencers and policy makers who are trying to bring about positive change.

Commenting on the importance of the series, Dr Ilori highlighted that “We need good debate, in the media and on social media. And people do disagree a lot, amongst black people too there are challenging thoughts as to what “blackness” is. There may be some surprises and even shocks about some of say Kehinde’s (one of the participants) ideas, but these are important to think about and debate, even if people do not totally buy into his ideas.”

The series is accompanied by articles by each of the academic consultants, on being black and British in the economic system, the healthcare system and the criminal justice system. You can find the articles and more about the series on the Broadcast and Partnerships website.